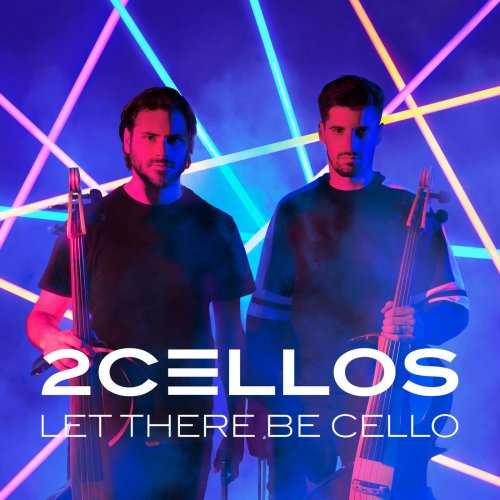 The Croatian duo of Luka Sulic and Stjepan Hauser, better known as 2CELLOS, return with their new album, Let There Be Cello. A follow-up to their successful 2017 album, Score, the new album finds the pair exploring a diverse catalogue with their signature boundary-breaking playing style. Let There Be Cello is a showcase of 2CELLOS’ exceptional talent for reinventing the music of any genre. The album includes their take on the latest pop hits, including Ed Sheeran’s “Perfect” and “Despacito” by Luis Fonsi, a fan favorite that has garnered over 30 million views on 2CELLOS YouTube channel. Known for bringing their explosive playing style to some of rock’s biggest anthems, 2CELLOS make no exception on Let There Be Cello, which features favorites “Eye of the Tiger” by Survivor and The White Stripes’ iconic “Seven Nation Army,” which the pair most recently performed on-field to open May’s UEFA Champions League final. Taking their classical instrumentation to new heights, 2CELLOS round out the album with celebrated classics (John Lennon’s “Imagine” and Leonard Cohen’s “Hallelujah”) and never-before-heard original compositions for a listening experience unlike any other. An international sensation since 2011’s rendition of Michael Jackson’s “Smooth Criminal” reached video viral fame on YouTube, 2CELLOS have since created a name for themselves with their electric and dynamic playing style. Having amassed over 700 million views on YouTube in the years since, 2CELLOS have taken the cello to unimagined heights as their signature style breaks down the boundaries between genres of music, from classical and film music to pop and rock. Known for their electric live performances, 2CELLOS have sold out shows across the globe at historic venues including New York City’s Radio City Music Hall, London’s Royal Albert Hall and the Sydney Opera House. Most recently they sold over 150,000 tickets on their 28-date U.S. SCORE album tour. They have performed on multiple television shows including TODAY Show, Ellen DeGeneres, The Tonight Show, The Bachelor Live Wedding Special and more.