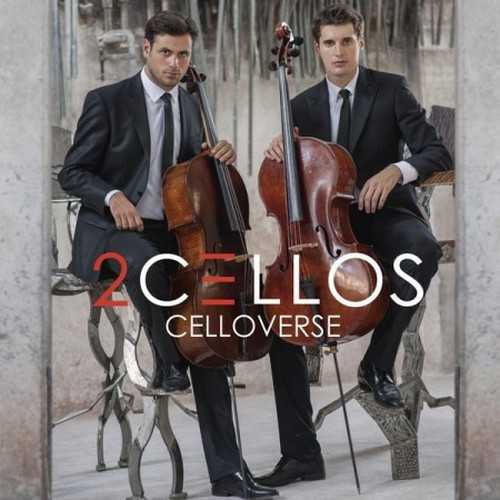 2CELLOS, the exciting classical/rock duo from Croatia, are back with their third album, “Celloverse.” Self-produced by the two cellists, Luka Sulic and Stjepan Hauser, along with engineer Filip Vidovic, “Celloverse” is a return to the sound and concept of the their self-titled debut album. “Celloverse” includes their current YouTube video hits AC/DC’s “Thunderstruck,” Mumford & Sons’ “I Will Wait,” and fresh interpretations of Avicii’s hit “Wake Me Up’ and Iron Maiden’s “The Trooper,” all available for the first time on CD. Other noteworthy tracks include the Paul McCartney classic, “Live and Let Die,” featuring classical piano superstar Lang Lang, and another Michael Jackson classic, ‘They Don’t Care About Us.’ It was the 2CELLOS’ version of Jackson’s ‘Smooth Criminal’ that propelled them to stardom in 2011 when it went viral, garnering over 20 million YouTube views. “Celloverse” picks up where their debut album left off, with the guys focusing on their unique ability to re-invent current and classic rock and pop songs in a high-energy classical music format.

Since 2011, 2CELLOS have been members and featured artists in Elton John s band. They were the first instrumentalists to be featured on the hit TV show “Glee” and have also appeared on “The Ellen DeGeneres Show,” “The Tonight Show” and “The Bachelor Live Wedding Special.” They will be touring the U.S. extensively starting in February, both on their own and with Elton John.