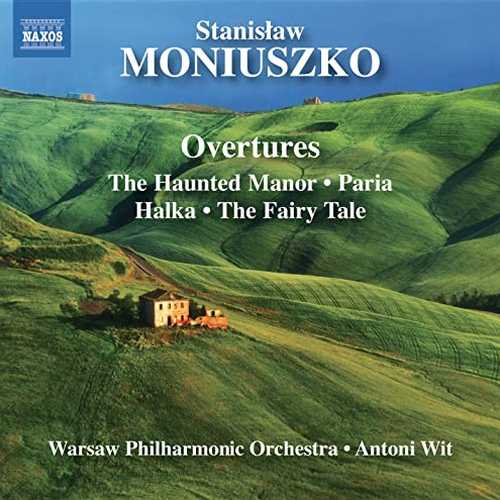 “Four Stars … brilliantly well-played … genuinely striking … Wit and his orchestra make sure that it is all shown off to its best advantage.”
– The Guardian

“… quite charming … the playing and engineering is exemplary … everything is comme il faut from Poland’s capital orchestra and leading conductor.”
– MusicWeb International

“… attractive music that demonstrates both inspiration and craft. There is a lovely grace and elegance to much of this music … the Warsaw Philharmonic is a front rank orchestra and this music is in their blood. In sum, this is a delight …”
– Fanfare

The Warsaw Philharmonic Orchestra and conductor Antoni Wit pay tribute to Stanisław Moniuszko, Poland’s leading opera composer of the 19th century, whose work is said to bridge the gap between Chopin and Szymanowski. Moniuszko’s skill as a born melodist is apparent on these inspired and dramatic works which brought him national acclaim.