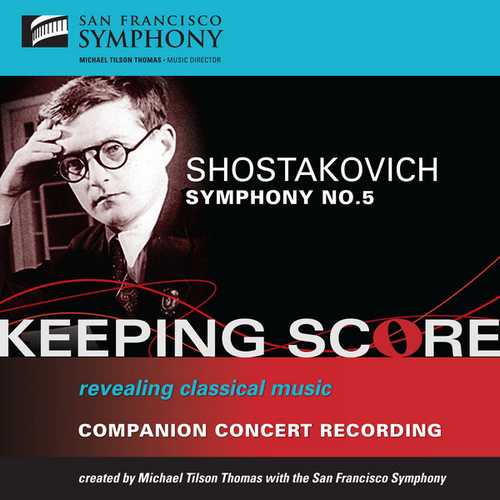 Though it is well-played, this 2007 recording of Shostakovich’s Fifth Symphony with Michael Tilson Thomas and the San Francisco Symphony is curiously unmoving. From a technical standpoint, the performance is nearly flawless, with only a slightly too quick tempo in the opening Moderato and marginally out-of-tune violins at the climax of the central Largo to mar its otherwise superbly polished surface. There seems to be little point to the interpretation, though. Tilson Thomas’ tempos are generally appropriate, but lack drive and urgency. The opening movement’s climactic march is decidedly dull, as well as dangerously banal, and the closing movement’s coda goes on forever without ever actually reaching a climax. Part of the problem is the digital sound, which is oddly dim, distant, and lacking in focus. There are dozens of better performances of the great Soviet composer’s landmark symphony available on disc, with Yevgeny Mravinsky’s 1954 recording with the Leningrad Philharmonic at the top of the list, despite its dreadful sound. This performance is likely to interest only Tilson Thomas’ most dedicated fans.