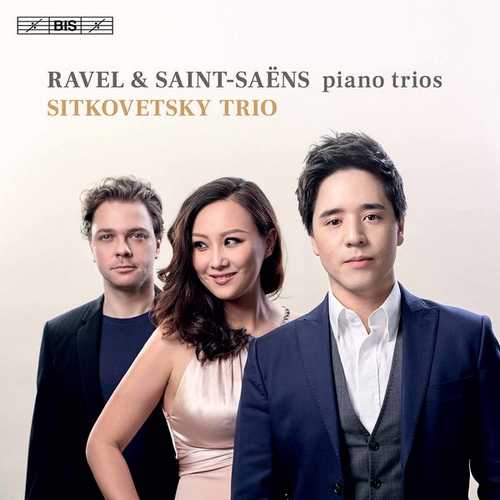 In 1892, when Camille Saint-Saëns started on his Piano Trio No. 2, almost 30 years had passed since his first, widely celebrated work in the genre, his Op. 18. In the meantime the composer had come to be regarded as hopelessly old-fashioned by many of his colleagues. In writing the trio, Saint-Saëns remained true to his principles as a composer, striving for balance and clarity and avoiding the chromaticism that had become so prevalent in the wake of Wagner. It is nevertheless an unexpectedly personal work, cast, in the unusual form of a symmetrical arch in five parts: two substantial and dramatic Allegros frame three shorter movements, without a proper scherzo or a true slow movement. Some 20 years later, shortly before the outbreak of World War I, Maurice Ravel set about composing his own piano trio, in spite of his conviction that the percussive sound of the piano and the sustained singing of the string instruments were fundamentally incompatible. According to Ravel, only Saint-Saëns –who he admired greatly – had managed to solve this problem. If Saint-Saëns was an inspiration to Ravel when composing his Piano Trio in A minor, there were also other influences: the work was written during a stay in the Basque country where Ravel was born and the theme that opens the first movement displays what he himself called ‘a Basque colour’, employing the characteristic rhythms of the zortziko. The two works are here performed by the Sitkovetsky Trio, who have previously won great acclaim for their recordings of Mendelssohn, Beethoven and Dvořák.