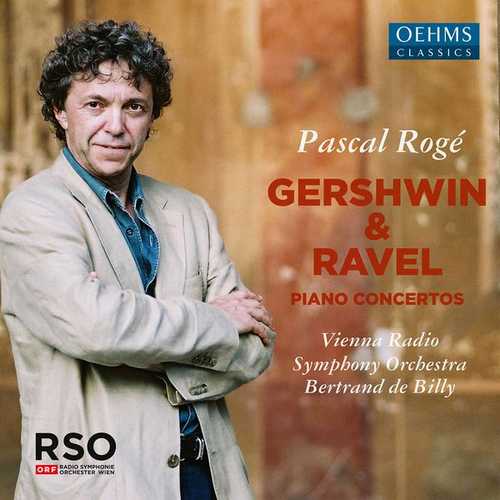 The award-winning French pianist Pascal Rogé presents a program of music by Gershwin and Ravel in a recording with the Vienna Radio Symphony Orchestra under Bertrand de Billy. Rogé’s affinity for the French style and empathy with jazz make him particularly suited to this repertoire. His recordings of French piano music have received Gramophone, Grand Prix du Disque and Edison awards. In addition to the classical-romantic repertoire of the Viennese and German schools, 20th-century French music is also one of his specialties. “An intelligent, richly enjoyable performance of the ravel Concerto.” (BBC Music Magazine) “Roge’s playing of Ravel’s Left-Hand concerto is masterly. He has complete technical regard for the work; more importantly, he appreciates the range of the music, its darkness, menace, anger, other-worldly escape, introspection and defiance.”