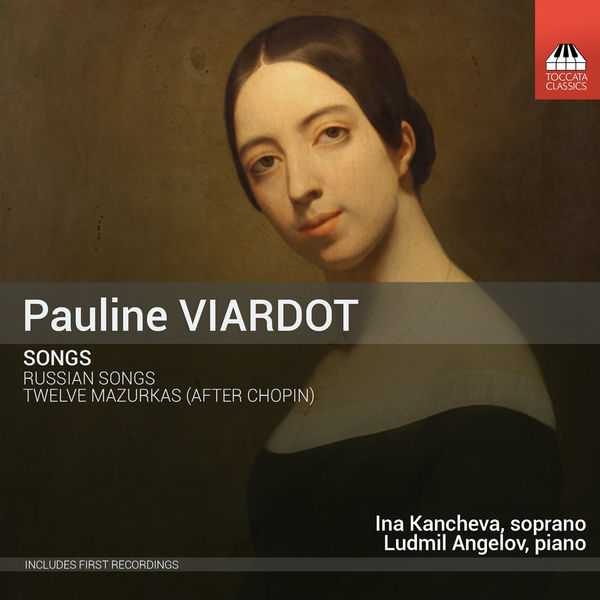 Pauline Viardot (1821–1910) was one of the most extraordinary women in the history of music. Daughter of the Spanish tenor Manuel García and sister of the mezzo-soprano Maria Malibran and the baritone Manuel García the Younger, she studied piano with Liszt and counterpoint and harmony with Reicha. She, made her vocal debut, as a mezzo, at the age of sixteen (having already appeared in public as a pianist) and went on to inspire composers of the stature of Berlioz, Chopin, Gounod, Meyerbeer, Saint-Saëns, Schumann and Wagner. She was no mean composer herself, as these passionate songs demonstrate. Twelve of them are arrangements of mazurkas by her good friend Frédéric Chopin; the others set some major poems in Russian, a language she spoke fluently.

Ina Kancheva is the laureate of many prestigious awards – among them Bulgarian Musician of the Year in 2002 and the Montserrat Caballe and Passau International Competitions – and has performed at many festivals in Bulgaria and abroad. Ludmil Angelov’s debut recital in New York was at Lincoln Centre in 1990, since when he has also appeared in many other world’s other major concert halls. His recording of Chopin’s complete rondos and variations was awarded a Grand Prix du Disque Chopin by the National Chopin Institute in Warsaw. He gives master-classes at the New Bulgarian University in Sofia, where he is an honorary professor.