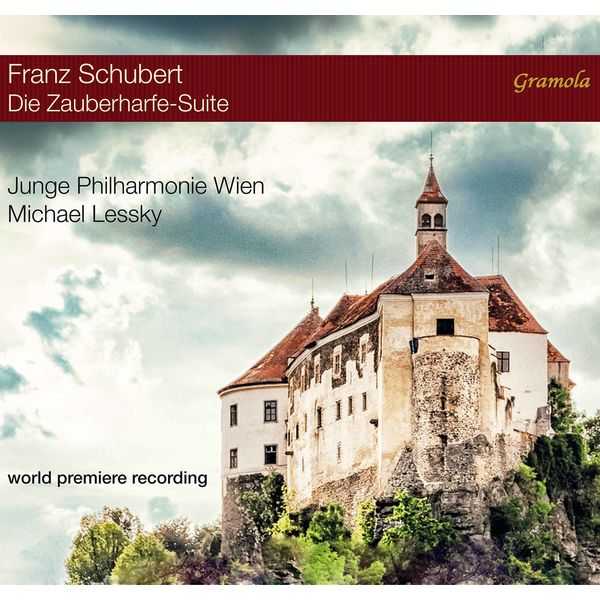 Franz Schubert’s opera Die Zauberharfe (“The Magic Harp”) was premiered in 1820 at Theater an der Wien, Vienna, but was withdrawn after only eight performances due to in part devastating response from audience and critics (“nonsense and tedious”, “wretched trash”). The apparently poor libretto and detailed records of the staging were lost, only the music survived, with the overture later serving as the Overture to “Rosamunde” and becoming extremely popular.

The musicologist and Schubert specialist Brian Newbould transformed the existing melodramas into an orchestral suite, which was premiered in 2019 by the Junge Philharmonie Wien under conductor Michael Lessky. The present world premiere recording of this Magic Harp-Suite shows that the music of the then 23-year-old Schubert is already quite progressive and forward-looking, and full of gripping drama in support of the action of the libretto, which could be reconstructed in excerpts.