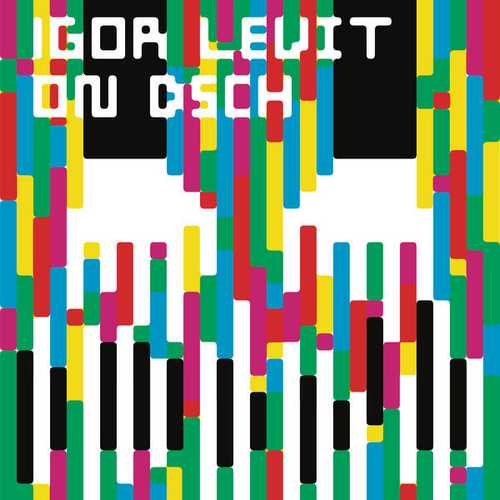 The new album “On DSCH” by Igor Levit is a x3 CD discographic tour de force by “one of the essential artists of our time” (The New York Times). That the self-styled “maximalist” enjoys pushing himself to his limits – intellectually and physically – is well known, but the present project – two key cycles of musical modernism – puts all others in the shade. Levit is one of the few pianists who have performed these works live in their entirety. When Levit performed Shostakovich’s Twenty-Four Preludes and Fugues for the first time at the 2017 Salzburg Festival, the Neue Zürcher Zeitung described the occasion as a “major event in the musical world”. In May 2019, Levit’s performance of Stevenson’s Passacaglia on DSCH in London’s Wigmore Hall prompted the Guardian to opine that it was unlikely that the work “has ever been played better”. Completed in 1951, Dmitri Shostakovich’s 24 Preludes and Fugues – a summary of all the major and minor tonalities – lasts some two and a half hours in total, while Ronald Stevenson’s Passacaglia on DSCH, which he completed in 1963, is an unbroken set of variations lasting nearly an hour and a half. The letters DSCH spell out Shostakovich’s musical monogram using their German note names: D–Es–C–H = D–E♭–C–B. Levit himself describes the 24 Preludes and Fugues as “a kind of musical diary”: “There is something utterly unique”, he says, “about this combination of warmth, immediacy and pure loneliness. For me, it is a ritual of self-exploration and self-discovery that deals with the most intimate questions.” Ronald Stevenson (1928–2015), was a Scottish composer for whom the DSCH motif provided the basis for a spectacular survey of all manner of pianistic and stylistic possibilities over a span of more than three hundred variations. “The Passacaglia”, Levit believes, “is a veritable compendium of life, a kind of music that tells us of our responsibility towards the world as a whole.” The album’s artwork is specially created by the internationally renowned graphic artist and book designer Christoph Niemann, who regularly illustrates for “The New Yorker” and “The New York Times”. His illustration for “On DSCH” offers a playfully abstract counterpart to this musical experience. Formats:- The x3-disc set is presented in deluxe paper packaging and includes a limited edition printed insert of the “cryptogram” that Shostakovich used as his musical signature. This is a Limited Collector’s Edition of “On DSCH” Vinyl Part One: Shostakovich 24 Prelude And Fugues Op. 87. Presented On 3-LP 180-Gram Vinyl, Triple Gatefold, it also includes a download code. This is part one of the full “On DSCH” album – “On DSCH” Vinyl Part Two: Stevenson Passacaglia on DSCH – follows in February 2022.

Igor Levit knows no half measures – it’s either all in or nothing. In 2019, he recorded Beethoven’s complete 32 piano sonatas for Sony Classical; in 2020, he played the longest work in music history in concert – Eric Satie’s 18-hour long Vexations; and then there were his daily concerts from his home during the first lockdown. Now comes a new musical extreme. With On DSCH, Levit embraces the 20th century, his own Russian roots, and turns to two composers who, like him, were much more than just musicians. The album is divided into two parts: It includes the complete 24 Preludes and Fugues, Op. 87, by Shostakovich, complemented by Ronald Stevenson’s homage to the Russian master, Passacaglia on DSCH. Levit acknowledges this connection and bridges the gap between these two Cold War artists with a project that leaves the listener breathless. As his friend and musicologist Anselm Cybinski would say, “nothing less than 360° totality.”

When Shostakovich heard the Well-Tempered Clavier in Leipzig in 1950, on the 200th anniversary of Bach’s death, he shortly thereafter decided to compose a modern equivalent. Unlike Bach, his 24 preludes and fugues are arranged in a circle of fifths rather than chromatically. His pieces focus less on complex compositional and formal features and more on the versatility of motifs as well as inner expression at a time when the composer was still struggling under Stalinism. Ten years later, Stevenson, a native of Scotland, composed Passacaglia on DSCH, a political statement at the height of the Cold War. Stevenson refers directly to Shostakovich by using the monogram D-S-C-H, which his elder (whose name is spelt ‘Schostakowitsch’ in German) had himself incorporated into several of his works. Throughout his nearly hour-long work, Stevenson explores the Russian composer’s leitmotif in a new and expanded way, and his variations build on each other, creating a kind of ‘perpetual motion’.

One could argue that this ever-turning musical wheel is Levit’s trademark. With incredible stamina, sustained energy and enormous dynamic and tonal flexibility, he gives each moment its own meaning, whether it be the powerful and mystical Passacaglia of Prelude No. 12 in G sharp minor or the much more provocative and almost dance-like Fugue No.15 in D flat major. Levit manages to unite these two extremes of Shostakovich’s work not only musically but also intellectually, but Stevenson is not to be outdone here: a work dedicated to the victims of the Holocaust (something which Levit also considers as one of his great callings in life), the Dies Irae that concludes the vast Triple Fugue Over Ground Bass is indusputably one of the other highlights of this triple CD.