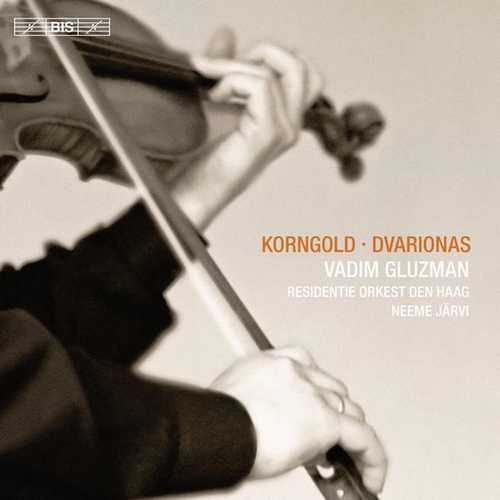 04. Dvarionas: Prie ezerelio (By the Lake)

Vadim Gluzman has enraptured listeners on several BIS discs, including his acclaimed double-bill of Tchaikovsky’s and Glazunov’s violin concertos. Strad Magazine remarked Gluzman’s ‘honeyed tone’ recreating ‘that innate Russian musicality of a previous generation…’ On the present disc Vadim Gluzman performs works for violin and orchestra composed in the three years following the end of World War II, by two composers whose fates were very different. Exiled from his native Austria, Erich Korngold became a celebrated composer of film music in Hollywood – and in his Violin Concerto in D major reused a number of themes from different films. Balys Dvarionas, is even today barely known outside his native Lithuania, even though his Violin Concerto in B minor was taken up by the legendary David Oistrakh. But the two men are united in their music’s heartfelt and unabashed romanticism – a romanticism which Vadim Gluzman is perfectly placed to convey.