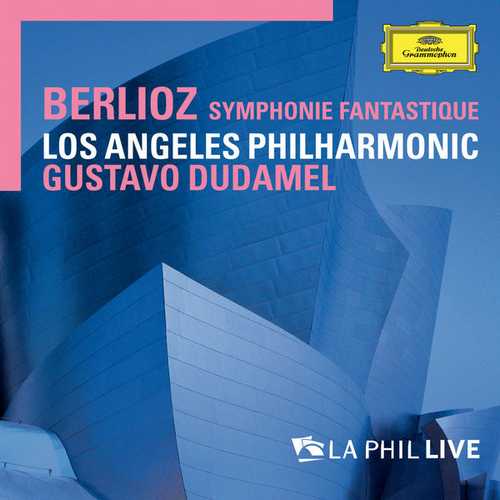 An international sensation and instant star in Deutsche Grammophon’s stable while only in his twenties, Gustavo Dudamel won kudos worldwide for his extraordinary musicality, wide expressive range, astute technical mastery, and acute perception of what works in a score, and he has brought great vitality and excitement to his performances of the Romantic symphonic repertoire. His 2007 release of Gustav Mahler’s Symphony No. 5 with the Simón Bolivar Youth Orchestra of Venezuela brought critical praise, and his live follow-up with Hector Berlioz’s Symphonie fantastique with the Los Angeles Philharmonic is sure to do the same. What both recordings reveal is Dudamel’s amazing ability to reshape whole passages of overly familiar music into fluid and seemingly spontaneous renderings that sound almost like re-creations and make listeners really think about what they’re hearing. You may not always agree with Dudamel’s choices, and his handling of the music may at times seem a bit too calculated, but once you are caught up in a performance, you are compelled to pay attention to everything this conductor does. Since the Symphonie fantastique is one of the most famous warhorses ever, it is always up to conductors to make something new of it, though few think it through as clearly or manage it as creatively as Dudamel, who makes the scenes of this programmatic symphony really feel like vignettes in an especially vivid film. He also finds ways to make sense of Berlioz’s quirky rhythms, disjointed figurations, disorienting counterpoint, and sudden “scene changes,” so that even the first-time listener can follow the piece’s trajectory and make the necessary musical connections to the hallucinatory narrative. But beyond the specific touches that make this performance extraordinary, one has to appreciate Dudamel’s artistic audacity and brilliance with the orchestra, which is completely inspired and utterly willing to play its collective heart out in this electrifying performance. Deutsche Grammophon’s sound is spectacular from start to finish, and the enthusiastic ovation at the end of this recording is totally warranted.