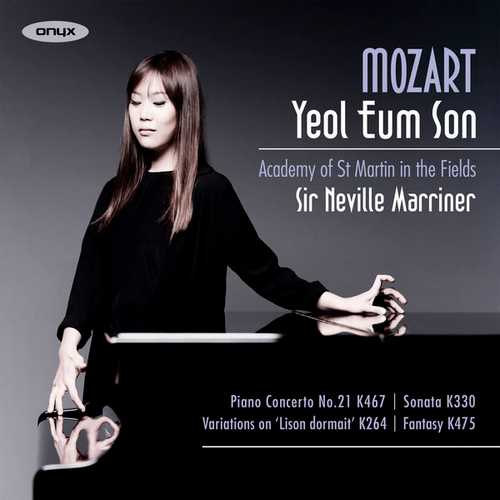 A double Second Prize winner at the Tchaikovsky International Piano Competition in 2011 (To my ears she gave the more exciting interpretation of the mandatory Tchaikovsky First Piano Concerto: a blistering reading that left me gasping.

I would have given her gold, not silver’ The Times, London) and at the 13th Van Cliburn International Piano Competition in 2009, Yeol Eum Son’s graceful interpretations, crystalline touch and versatile, thrilling performances have caught the attention of audiences worldwide.

Praised for her widely eclectic concerti repertoire, ranging from Bach and all Mozart to Shchedrin and Gershwin, her recent concerto highlights include appearances with the Orchestre Philharmonique de Radio France and Mikko Franck, Mariinsky Theatre Orchestra under Valery Gergiev, Seoul Philharmonic and a European tour with KBS Symphony Orchestra.

This recording was the last made by Sir Neville Marriner.

Tags:Academy Of St. Martin In The FieldsMarrinerMozartSon