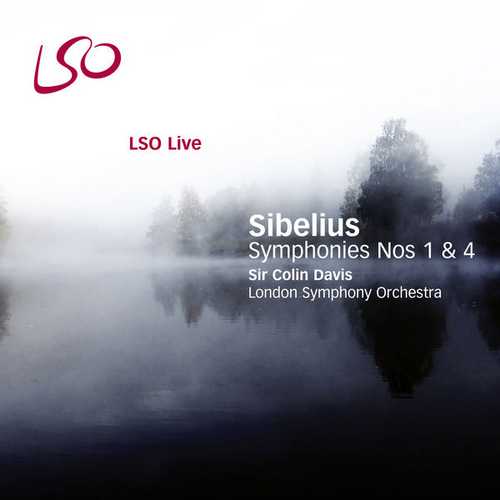 Sir Colin Davis’ award-winning cycle of Sibelius’s symphonies reaches its conclusion with the release of Symphonies Nos 1 & 4. Sibelius was still heavily influenced by Tchaikovsky when he composed his First Symphony although there are clear signs of him developing his own highly individual style. The Fourth Symphony, completed eleven years later consitutes a dark heart at the centre of his symphonic output, written shortly after he underwent treatment for cancer.