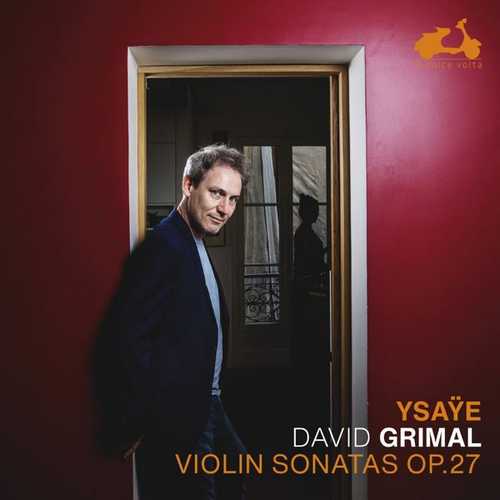 Eugène Ysaÿe was one of the leading figures in the violin world at the turn of the nineteenth and twentieth centuries, and a source of inspiration for subsequent generations. He played in his era a role comparable to that of Niccolò Paganini. Towards the end of his life, he composed these six sonatas for solo violin, which look back to the past, reflect his present and open towards the future.

It is worth noting the total and all too rare fidelity to both the letter and the spirit of the text in these performances. David Grimal displays the full maturity of his playing: he has made his own the very essence of each movement, with its architecture and its specific gestures. His transcendental yet invariably humble technique works wonders. The widest imaginable palette of colours, accents and dynamics bestows musical truth on this album, recorded in July 2019.