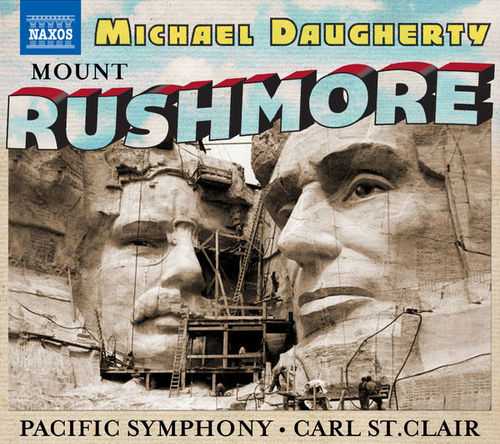 The Gospel According to Sister Aimee
08. I. Knock Out the Devil
09. II. An Evangelist Drowns – Desert Dance4
10. III. To the Promised Land

GRAMMY® Award-winning composer Michael Daugherty explores three icons of “The Greatest Generation”, a turbulent period of adversity and achievement in the United States of America spanning the Great Depression of the 1930s through the Second World War. Mount Rushmore is a dramatic oratorio inspired by the monumental sculpture of four American presidents carved into the Black Hills of South Dakota. Radio City is a symphonic fantasy on the legendary Arturo Toscanini, who conducted the NBC Symphony Orchestra in live radio broadcasts heard by millions across America. The Gospel According to Sister Aimee is an organ concerto inspired by the rise, fall and redemption of religious celebrity Aimee Semple McPherson. Under the masterful baton of Music Director Carl St.Clair, the renowned Pacific Symphony is joined by Pacific Chorale, one of America’s greatest choirs, and GRAMMY® Award-winning organist Paul Jacobs.

Fans will hardly need persuading in acquiring Daugherty’s major new oratorio Mount Rushmore, as usual given generous couplings of the composer’s latest large-scale compositions performed by some of the best musicians of our times.