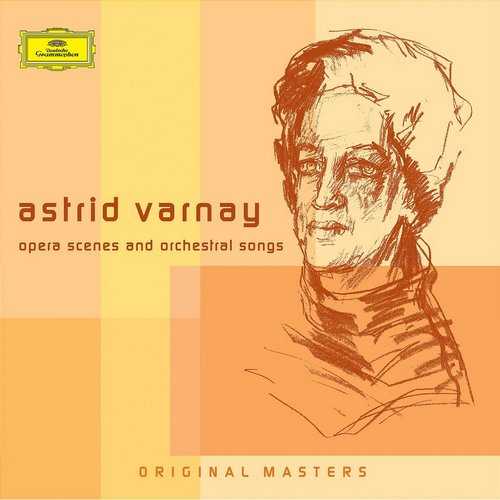 Astrid Varnay was the equal of Nilssen and Moedl… and in this record it is clear why Wieland and Wolfgang Wagner kept inviting her back to star at Bayreuth Festival for 17 consecutive years! Not only did she have glorious voice (big, full bodied with clear top and colorful bottom), she was a consumate actress, too. Her reading of the roles are always multi-layered and utterly convincing. A dramatic soprano version of what Vesselina Kasarova is today. If you combine Nilsson and Modl and divide in two you’d probably get something close to a Varnay.

For the record, Varnay and Nilssen were practically the same age (unlike what the other reviewer said). They were born not far from each other in Sweden and just a few weeks apart (Varnay was older)… and the two were great friends. The rather popular misperception that Varnay was much older than Nilsson is because Varnay started starring in the lead hochdramatisch roles like Brunnhilde, Isolde, and Elektra in her early 20’s while her contemporaries were still doing understudy and supporting works. As a matter of fact, this extraordinary singer had her Met debut the day before Pearl Harbour bombing substituting for Lotte Lehmann as Sieglinde opposite The Lauritz Melchior in the broadcast Die Walkure without having ever sung on stage before and made a grand success of it and never looked back.

Theirs were the Golden Age of Wagnerian hochdramatiche. The likes of Traubel, Nilsson, Varnay, Modl, Borg, Rysanek… all greats in their own unique ways. I wouldn’t say one is better than the other or any is ‘unfulfilled’ just because I prefer another. They were all special and individualistic.

Varnay was The Wulkure Brunhilde after Flagstad’s reign, but her voice changed (some call it ‘uglified’… it got edgy and wobbly on top) and in later years she took on Wagner/Strauss mezzo roles and then the character roles like Beckbig in ‘Mahoggony’ instead while Nilssen continued on as the premium dramatic soprano. I don’t think anyone has bettered Varnay’s portrayal of Ortrud or Klytamnestra (and Elektra… if you’ve heard the 1953 recording with Klaus) yet.

This box set is a good highlights of Varnay’s many Wagnerian roles in her good soprano voice years and beautifully conducted by her husband Herr Hermann Weigert (including arias from La Forza del Destino, Un Ballo in Maschera (in Italian and German versions), an aria by Beethoven, and Wagner’s songs and opera scenes from The Ring (no Hojotoho), Tristan und Isolde (with a searing ‘Narrative and Curse’ and 2 versions of Liebestod).

There are 3 CDs in tight fitting paper envelopes (no case). A neat little booklet with a note of her career (and photos with Windgassen) comes with it … no libretto give