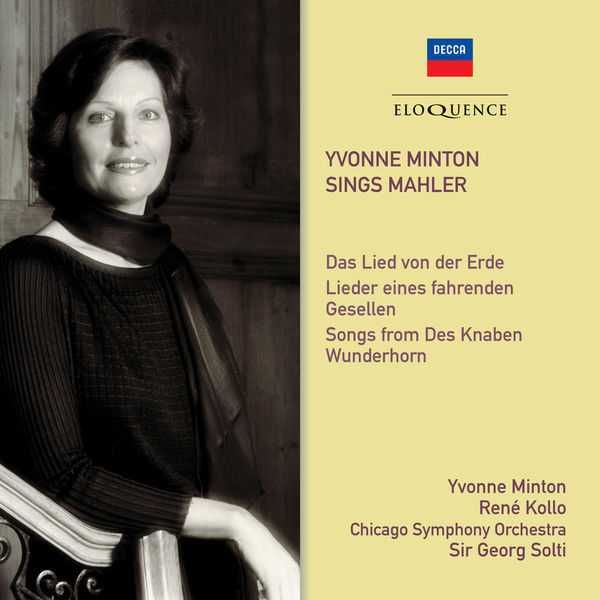 For a memoir published in 2017, Yvonne Minton wrote that ‘Mahler’s music could have been written with Sir Georg and the Chicago Symphony Orchestra in mind.’ She was too modest to speak of her own contribution, in which a superbly schooled technique is allied to a deep feeling for the music at hand.

Released as a filler on Side D for Mahler’s Fifth Symphony, the very first recording made by the CSO/Solti team that would become a byword for orchestral brilliance over the course of more than four decades, this 1970 account of four songs from Des Knaben Wunderhorn perfectly illustrates Minton’s claim for Mahler as ‘a master storyteller’. She recalled of these early sessions together that ‘the rapport between Sir Georg and the orchestra was immediately apparent… and the delicacy of touch was a wonder to behold.’

In the same sessions were taped Lieder eines fahrenden Gesellen, which were duly issued as a filler for Mahler’s Sixth in 1971. That year Minton joined a galaxy of soloists and the CSO in Vienna to take her part in the now-legendary recording of the Eighth, but the true seal was set on the Decca-Mahler-Solti-Minton partnership in May 1972, with Das Lied von der Erde and its sublime embodiment of valediction in ‘Der Abschied’.

Though he always had a genius for accompanying singers, this finds Solti at his most sympathetic as a conductor, allowing Minton all the space required to plant each step along the journey of growing solitude with the simplicity which she herself prized in Mahler’s music. Minton learnt the cycle from listening to the celebrated account made by Kathleen Ferrier and Bruno Walter in Vienna, and this recording is a worthy successor.