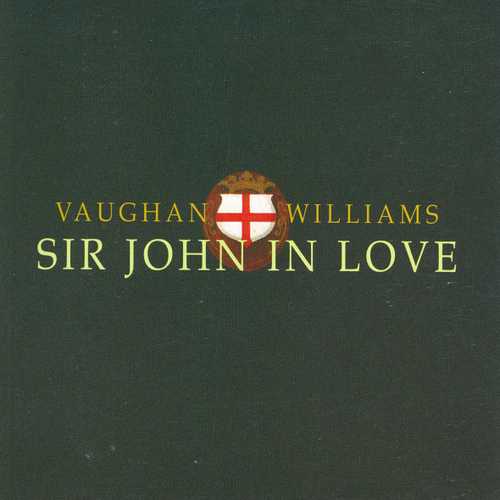 There’s no lack of glorious melody in Sir Johnin Love, and not just folksong cunningly interwoven.
Musically, what comes over strongly, more richly than ever before in this magnificent recording from Richard Hickox, is the way that the writing anticipates later Vaughan Williams, not just the radiant composer of the Fifth Symphony and Serenade to Music, with keychanges of heartstopping beauty, but the composer’s darker side, with sharply rhythmic writing.

The work’s title, Sir John in Love, points to Vaughan Williams’s different approach to the central character. With him Shakespeare’s fat knight isn’t just comic but a believable lover, more genial and expansive than in Boito’s portrait, yet hardly a noble figure such as Elgar portrayed in his big symphonic study. Donald Maxwell makes a splendid Falstaff, relishing the comedy without making it a caricature. Above all, his full, dark voice is satisfyingly fat-sounding. On Vaughan Williams Opera 1205 the only previous recording, the vintage EMI set of 1974, Raimund Herincx gave a finely detailed performance, but lacked that important quality.

The 1974 set certainly stands the test of time remarkably well, but the extra fullness and richness of the Chandos sound coupled with as keen a concern for the atmospheric beauties of the score, notably in offstage effects, gives the new set an obvious advantage. Interpretatively, Hickox is just as incisive as Meredith Davies on EMI in bringing out the sharper side of the score, though he’s more warmly expressive, a degree more affectionate in drawing out the glowing lyricism.

Chandos’s casting is satisfyingly consistent, with no weak link. Matthew Best may be rather gruff at times as Ford, but that’s very much in character, when, if anything, he’s more venomous here than in Verdi, until at the start of Act 3 Vaughan Williams allows a wonderful duet of reconciliation with Mrs Ford, ‘Pardon me, wife’.

As Ursula Vaughan Williams has reported, her husband wrote Sir John in Love ‘entirely for his own enjoyment’, because he was in love with the subject. And from first to last this new set reflects that.