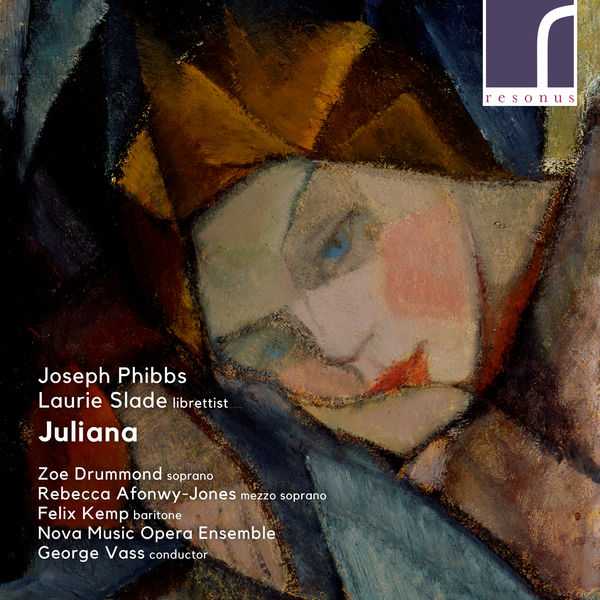 Based on August Strindberg’s celebrated 1888 play Miss Julie, chamber opera Juliana (2018) unites composer Joseph Phibbs and librettist Laurie Slade in a modern tale about the power of money, immigration politics, drugs and the blurring of sexual boundaries. In confronting these issues head-on, the power of aristocracy is replaced by that of plutocracy.

Strindberg’s Count, an unseen but malevolent presence, becomes the Boss, a multi-millionaire businessman. Julie becomes Juliana, a spoilt little rich girl in thrall to her father. Jean becomes Juan, an immigrant servant, his status insecure. Juliana and Juan live on the edge emotionally. Kerstin, the housekeeper, is caught in a triangular conflict with them both. Conductor George Vass and the Nova Music Opera Ensemble, are joined by Zoe Drummond (Juliana), Rebecca Afonwy-Jones (Kerstin) and Felix Kemp (Juan) in the world premiere recording of this wonderful and very poetic (contemporary) work.