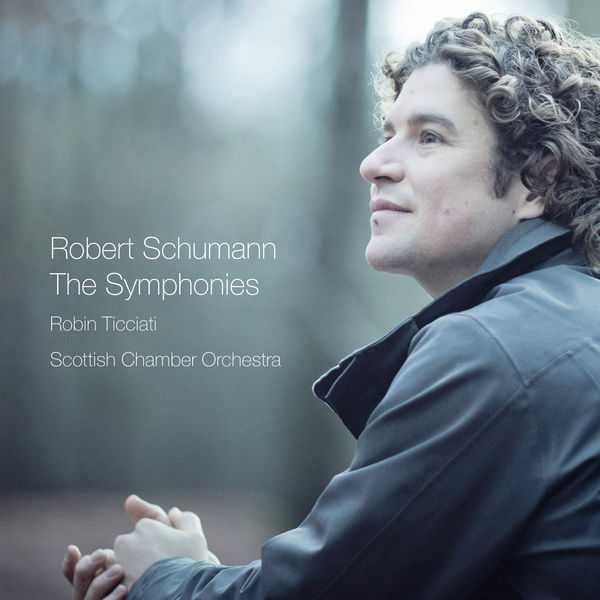 This 2014 recording saw Robin Ticciati and the Scottish Chamber Orchestra embark upon their first symphonic cycle together in a performance which earnt widespread raise. Sir Simon Rattle commented, ‘Robin makes a clear case for how the revised version can retain the radical edge of the 1841 version. Still it sounds like a fireball and I take my hat off to him.’

When Ticciati and the SCO performed the Third Symphony at the 2017 BBC Proms, the critics were equally effusive.

The symphonies are very close to Robin Ticciati’s heart; Schumann is one of his favourite composers and has often spoken about how important poetry, colour and story are in Schumann’s music.

The SCO’s smaller forces bring a lightness of touch and a clarity to the counterpoint; under Ticciati they achieve a sense of movement that no previous recording has.