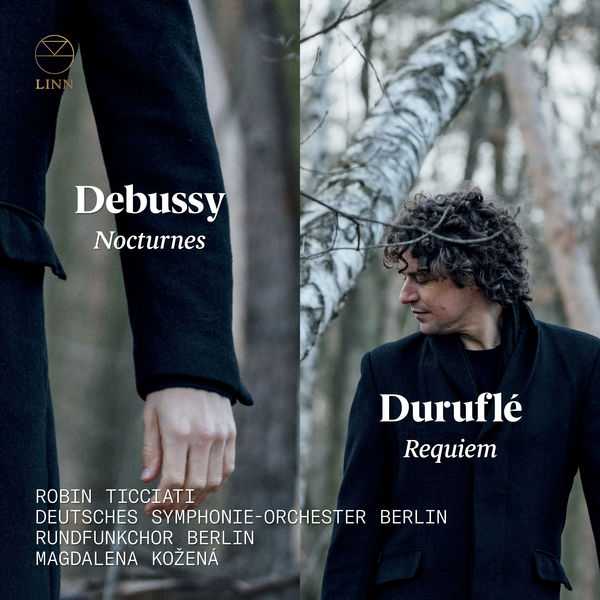 Released to coincide with his third season as Music Director of the Deutsches Symphonie-Orchester Berlin, Robin Ticciati has forged a close and highly successful partnership with his orchestra.

This, his fourth recording with DSO Berlin, continues his series of music by French composers (Debussy, Fauré, Ravel, Duparc) with a significant move into choral music: the Duruflé Requiem.

Ticciati is joined by mezzo-soprano Magdalena Kožená, who has performed Debussy’s Ariettes oubliées and Duparc songs on previous DSO recordings, and the Grammy award-winning Rundfunkchor Berlin.

Written in response to Fauré’s own Requiem and with Debussy’s influence paramount, Duruflé created one of the most significant sacred works of the twentieth century.

Ticciati describes this masterpiece as “a balm for the soul, a score filled with tremendous hope and peaceful searching”.

Most typically recorded with organ accompaniment, Ticciati has chosen to record Duruflé’s own orchestrated version which allows the conductor to create a unique blend of choral and orchestral colours recalling the sound-world of Debussy and the Impressionists.