The Contest of Apollo and Pan (FLAC) 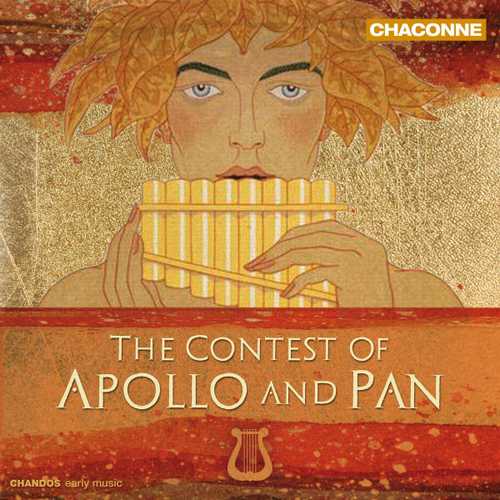 The Contest of Apollo and Pan (FLAC)

Winners of the 2001 International Early Music Network Young Artists’ Competition, Apollo & Pan is a dynamic young group which explores the numerous hitherto neglected works for violin, bassoon and keyboard from the 17th and 18th centuries, using both renaissance and baroque instruments.

Tassilo Erhardt and Sally Holman met and formed Apollo & Pan while studying at The Royal Conservatory in The Hague. In England they were joined by the keyboard player Steven Devine who was the winner of the inaugural Broadwood Harpsichord Competition in 1993.

The virtuoso sonatas of Dario Castello offer a synopsis of the crucial stage of development in instrumental music during the early seventeenth century. They are coupled here by dances and an anthology of the most common variations of the time. The instrumentation is particularly noted for the virtuosic writing for bassoon.

Little is known about the life of Castello apart from what can be learnt from the title pages of his collections, where he calls himself the leader of the wind band at San Marco cathedral in Venice. During the sixteenth century it was the duty of the cathedral’s second organist to arrange wind music for special ceremonies. Castello’s two collections of virtuoso instrumental music are milestones in the repertoire, and led to a considerable number of reprints during several decades after their initial publication.

The five sonatas represent the typical virtuoso sonatas of the then modern stile concertato, which implied the interaction of diverse musical forces. The second large group of pieces featured here consists of variation movements, which enjoyed their greatest popularity during the seventeenth century. Apollo & Pan here perform some of the finest and most progressive writers of the age, including Bertoli’s Sonata No.7, Merula’s ciaccona, Turini’s Sonata on E tanto tempo hormai, Marini’s Fuggi dolente core and Rossi’s Sontata on Un aria francese.

Since winning the 2001 Early Music Young Artists’ Competition, Apollo & Pan has performed at the South Bank Early Music Festival, York Early Music Festival, Spitalfields Festival and many other regional festivals across the UK. Radio 3 has broadcast their concerts and they have featured on ‘Music Restored,’ ‘In Tune,’ and ‘The Early Music Show.’ Individually, the members of Apollo & Pan play regularly with leading early music groups and period orchestras such as the The Hanover Band, I Fagiolini, Amsterdam Baroque Orchestra and The Parley of Instruments.