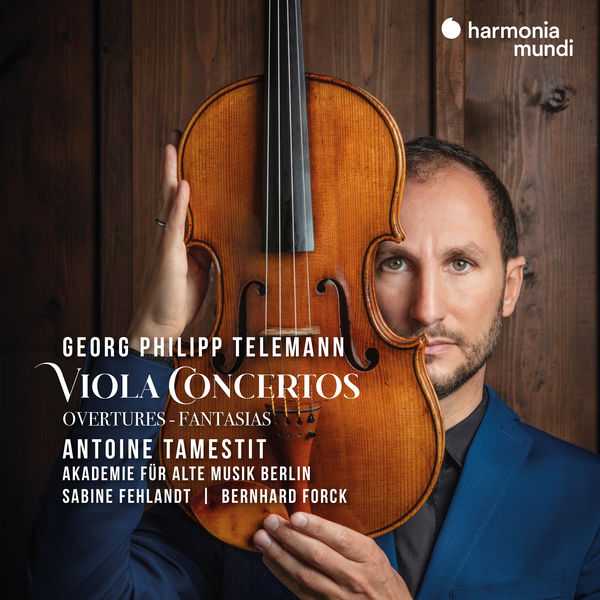 Unfixed dimensions, a paucity of repertoire, and that which there was being dull and unchallenging. These were the reasons that, as the violin rose to become the undisputed darling of the solo concerto and trio sonata in early eighteenth-century Italy, the viola became the instrument that no instrumentalist with an ounce of ambition beyond providing middle-voice orchestral padding was going to pick up. So, as much as the world would undoubtedly be a less jolly place without the viola jokes spawned by this ravishingly lovely alto instrument’s ignoble beginnings, we owe a huge debt of gratitude to eighteenth-century Germany, and in particular to Georg Philipp Telemann, for spotting its potential early enough for today’s viola players to nevertheless have some top-drawer Baroque repertoire to sink their teeth into.

And in fact the very first true solo viola concerto was by Telemann. Composed at some point between 1716 and 1721, this four-movement Concerto in G major TWV 51:G9 for “viola da braccio” likewise sits here on Antoine Tamestit’s programme as its very first solo viola moment, introduced only after the Akademie für Alte Musik Berlin have treated us to the Ouverture burlesque in B-flat major, with its succession of dances evoking the characters of the commedia dell’arte; and even in the context of the AAM’s warmly, precisely-articulated reading having already been providing fresh pleasures at every twist and turn, it’s still a showstopper of a moment when Tamestit’s gently lilting, mahogany-toned viola voice – a 1672 Stradivarius played with a baroque (copy) bow – suddenly sings forth from the concerto’s opening Largo.

From here, the programme is as much a pleasure for its whirlwind tour of the eighteenth-century viola possibilities as it is for its superlative playing. While the aforementioned solo concerto presents the instrument’s expressive and virtuosic capabilities across its entire range, the other work written expressly for the viola is the four-movement Concert for two violettes – by which Telemann could have meant a pair of small violas only marginally larger than violins, whose lack of lower-register sonority would explain why the work entirely avoids the instrument’s lower range. For this particular elegant, delicate reading, Tamestit is partnered by Sabine Fehlandt, who then also joins him for a viola transposition of the fourth Canonic Sonata – originally designated for either flutes, violins or bass viols – where the two players play the same part at a distance of a few bars. The viola offerings are then completed by transpositions of the first two Fantasias for solo violin, which from Tamestit come glowing of tone, and multi-faceted of expression.

Add a second top-drawer solo spot for the Akademie für Alte Musik Berlin – the sparkling Ouverture “La Changeante”, each of whose movements is in a new key – and this album is one you’re likely to be returning to for many repeated listens.