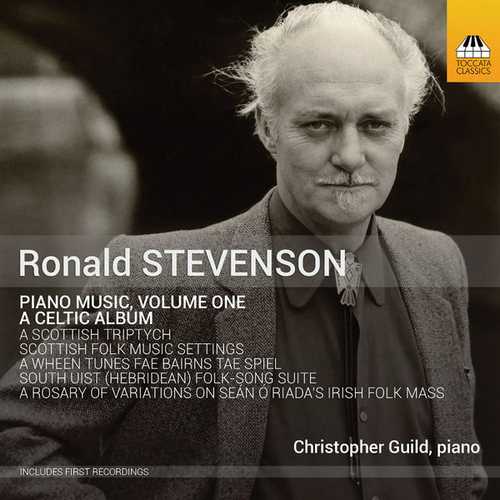 Stevenson: A Modern Scottish Triptych
05. No. 1. Keening Song for a Makar: In Memoriam Francis George Scott
06. No. 2. Heroic Song for Hugh MacDiarmid
07. No. 3. Chorale-Pibroch for Sorley MacLean

A composer-performer in the grand tradition of Beethoven, Chopin and Rachmaninov, he has written a huge quantity of music for his own instrument, the piano.

It ranges from tiny miniatures to his best-known work, the monumental Passacaglia on DSCH.

This first of a series of recordings by the young Scottish pianist Christopher Guild begins with an album inspired by the music of Scotland itself and her Celtic neighbour, Ireland, and contains some exquisitely beautiful music.

A strong advocate of contemporary and lesser-known repertoire, Christopher Guild recently began a survey of the piano works of Scottish composer Ronald Center: his first CD was released by Toccata Classics in September 2013. The late Calum MacDonald, writing in International Record Review, commented: ‘The rhythmic vivacity and crispness of his delivery, the subtlety of his pedalling, the incisiveness of attack with never a hint of heaviness, and his range of keyboard colour are such that I’m sure the composer himself would have applauded […]. All in all this is a splendid achievement’. Born in Elgin in 1986 and brought up on Speyside, in 2011 he gained a First Class BMus (Hons), and the MMus and Artist Diploma’s with Distinction. He is now on the staff of the Godolphin School in Salisbury.