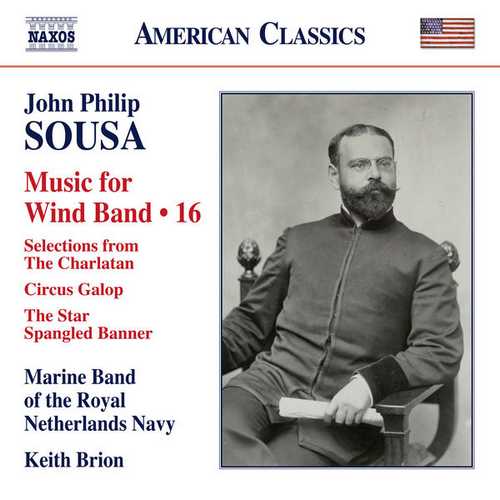 The personification of turn-of-the-century America, John Philip Sousa toured the world and won unprecedented fame. His marches are acknowledged as some of the best in the genre and The Triumph of Time embodies all the nobility of his great parade marches. Sousa the successful operetta composer is encountered in the dashing overture to The Irish Dragoon, in the spirited Circus Galop, and in selections from The Charlatan, one of his most lyrical and successful operettas. Showpieces and solos enhance a program that also features the iconic Sousa/Walter Damrosch arrangement of The Star Spangled Banner.