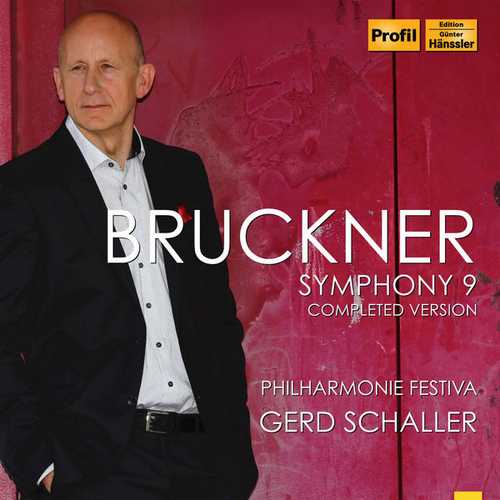 On July 24th, Gerd Schaller conducted the Philharmonia Festiva in a performance of the Bruckner Symphony No. 9 in a “four movement version with Finale supplemented from original sources and completed by Gerd Schaller.” The performance took place in the Ebrach Abbey in Ebrach, Germany as part of the Ebracher Musiksommer. As with Schaller’s other Bruckner performances at Ebrach, the concert was recorded by Bavarian Radio Studio Franken and will be released on CD this December on the Profil label.

Gerd Schaller’s completion and performance gained long applause, the conductor repeatedly called back to take a further bow, and to my ears succeeded wonderfully in its aim of presenting a completed Ninth as a great musical event and a shattering, revelatory spiritual journey. Ken Ward on the original concert.