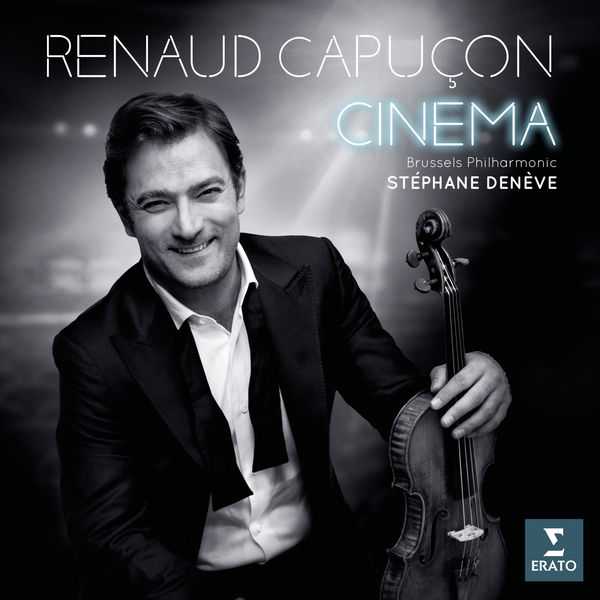 ‘Film music can be sublime and has attracted some truly great composers;’ says Renaud Capuçon of his latest release, Cinema. ‘This album is something of a dream come true.’ The French star violinist’s homage to the silver screen features unforgettable themes – in stunning new arrangements – from Ennio Morricone (Cinema Paradiso, Mission), Nino Rota, John Williams (Schindler’s List), James Horner (Legends of the Fall), to more recent blockbusters (Twilight) and iconic French films (Amélie). Capuçon powerfully and sensitively evokes the magic of the cinema with the aid of the Brussels Philharmonic and conductor Stéphane Denève.

This release by violinist Renaud Capuçon is of the sort that comes with a disclaimer: although he enjoyed film music, Capuçon says, and even owned two albums of the stuff by Itzhak Perlman, he had “reservations” about recording it as a classical musician. The point of such displays of reluctance is not clear; few these days would contest the value of good film music, French as well as American. Capuçon touches on both, as well as some famous Italian pieces by Ennio Morricone and others. Despite his reluctance, he goes into full crossover mode and does it competently, extracting the maximum amount of sentiment before breaking the mood with more dramatic material and with one vocal interlude from Nolwenn Leroy. He pushes his basic lyrical tone into heavy-vibrato territory, but never goes over the edge, and both the violinist’s basic fans and those in search of a French-flavored collection of film music (sample the unusual “Camille” from Jean-Luc Godard’s Le Mépris) are likely to find the results satisfying. Capuçon gets strong support from the Brussels Philharmonic under Stéphane Denève. Highly recommended.