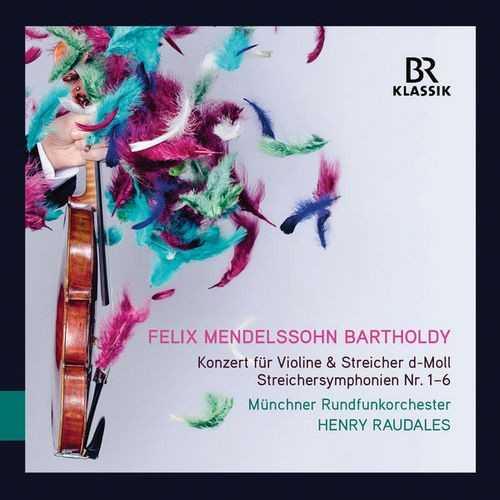 It was thanks to his father’s penchant for organizing musical concerts in his family’s Berlin apartment on Sunday mornings that the 11-year-old Felix Mendelssohn began to compose quite a long series of string symphonies, and also that the works were initially performed. The study of music and composition spurred the young composer on greatly; his diligence as well as his youthful creativity developed early, and he made astonishing progress. In 1821, he wrote the first half of his string symphonies, which together took less than two years to complete. During performances that formed part of the concerts at home, he always took over the direction of the chamber orchestra, which consisted of amateur and professional musicians from the Berlin court orchestra. Ever since their long-lost manuscripts were successfully rediscovered in 1950, Mendelssohns early string symphonies have been a fixed part of the string and chamber orchestra repertoire. In the youthful freshness and carefreeness of these early works, one can already hear echoes of the instrumental masterpieces by this important symphonic composer of early Romanticism that were soon to follow. This release contains the first six of Mendelssohn’s string symphonies in the form of studio recordings made by the Münchner Rundfunkorchester under its leader Henry Raudales, a violinist who has won several awards and has made numerous recordings with the orchestra as a conductor and a soloist.