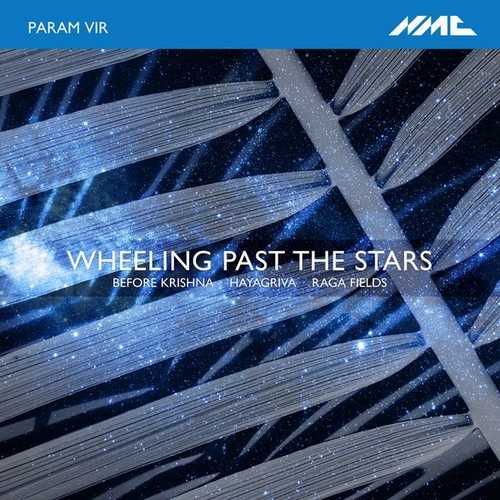 For the first time, Param Vir’s music comes together in an album solely dedicated to his works. ‘[His] music is resounding in my heart as messages of great inner wealth. It is like a new idea of beauty and grace and has all the strength and the energy of great art.’ Hans Werner HenzeParam Vir freely draws from mythology, art and literature in his work. The title track of this release, Wheeling Past the Stars, sets the prose of Indian poet Rabindranath Tagore and in these four song settings, Patricia Auchterlonie (soprano) and Ulrich Heinen (cello) explore the themes of love, politics, nature, and the rejuvenating effect a child can have on their grandparents.The Austrian contemporary music specialists Klangforum Wien with Micha Hamel join forces with British Indian virtuoso sarod player Soumik Datta for the part notated, part improvised Raga Fields. It is not a work that imitates Indian music but instead ‘harnesses rich, contemporary harmonic techniques that facilitate the confluence between the two rich and diverse musical traditions.’ (Paul Conway). Through close collaboration with Param Vir over many months, Soumik brings his artistry, insight and imagination to the improvised sections creating an organic development to the music.Param turns to evocative imagery for the other works in this collection. Before Krishna takes inspiration from the images around the birth (and the unusual events preceding it) of Krishna, the most popular and loved of the Hindu gods. Utilising serial techniques, the ‘Krishna Row’ twists and turns in the hands of the London Contemporary Orchestra and conductor Odaline de la Martinez, who draw out the expressive detail in Param’s carefully crafted sequences. In Hayagriva, Vir chooses not to retell the story of the horse-headed incarnation of Vishnu but instead to explore the aspects of the character’s supernatural powers. Commissioned and performed by the Schönberg Ensemble, the piece was first formulated during a visit to Peter Maxwell Davies’s studio on Orkney Island and quotes an unpublished work by Max, a fitting tribute to a friend who helped guide Param Vir’s early career.