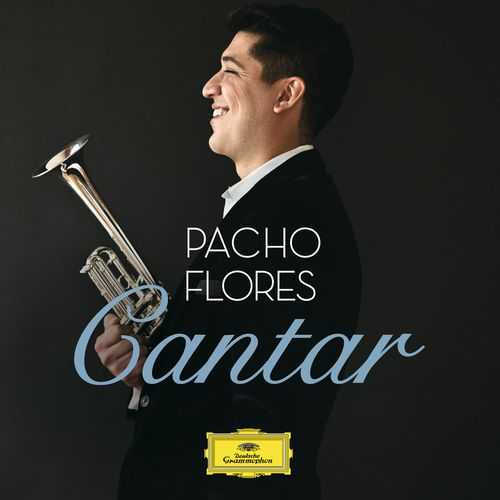 “We chose the repertoire with the utmost care”: the full range of Flores’s talents are on display here, in a selection of pieces originally written not for trumpet, but for voice, piano, oboe, violin, organ, corno da caccia or guitar, and whose arrangements reveal the far-ranging vision of a concert soloist. Since the corno da caccia is so rarely played these days, the Neruda Concerto is usually performed on the trumpet, because it is written in a higher register than that of the modern horn. This is the first recording to use the corno da caccia.

While the main focus here is on the Baroque, Flores, the Konzerthausorchester Berlin and conductor Christian Vásquez have also included a couple of contemporary works, spicing up European formality with a dash of Latin verve. “We’ve chosen a Baroque tango by Efraín Oscher, Soledad (Solitude), and Álvaro Paiva’s Soy tu ayer (I’m your yesterday), which I recorded on the first album I made in Venezuela, the idea being to choose music that’s full of vitality.”

“The Tartini piece is a violin concerto popularised by Maurice André, and I add my own very personal ornaments to it using an A piccolo trumpet. The Cimarosa, originally written for oboe, has a brighter, more resonant tone, which I reflect by using a B flat piccolo trumpet. In both cases, though, you still hear the original character of the concerto coming through.” Plenty of thought has gone into the different geographical flavours of the Baroque too: we have works from England (Handel), Italy (Cimarosa and Tartini), Germany (Bach and Neruda) and France (Daquin). “We were missing something from the Spanish Baroque, given that I’m Latin American and have that historical link back to Spain. Efraín Oscher, who arranged the Bach Prelude, BWV 881, and Daquin’s Le Coucou (The Cuckoo), also wrote the arrangement of the Tarantella, a guitar work by Santiago de Murcia which was discovered in Mexico and for which I chose a powerful F trumpet.” Nine instruments, five varieties of the Baroque – Flores’s DG debut really is a stunning achievement!