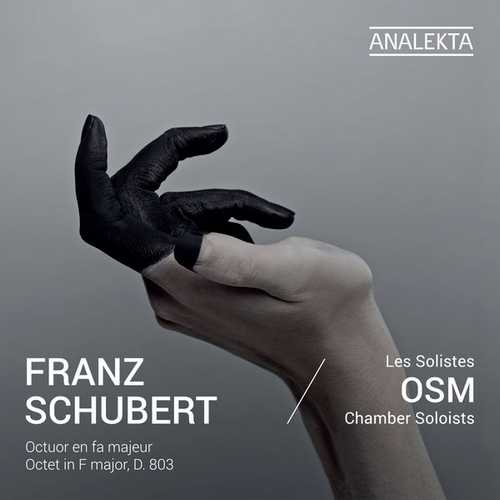 Here is the second album in the series of recordings by the soloists of the Orchestre symphonique de Montréal, under the direction of Andrew Wan, concertmaster of the OSM since 2008. The recording of Franz Schubert’s Octet in F major, D803 by the OSM Chamber Solists confirms what La Presse wrote about their first album, “… we can only applaud the superior quality of their attack, their acciracy, their cohesion, their collective discourse.” And we applaud again for their Octet by Schubert, another great album by the OSM Soloists!