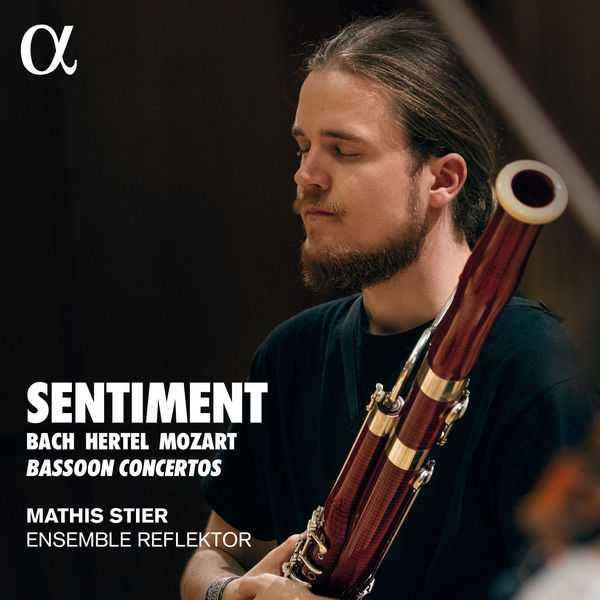 Born in 1994, bassoonist Mathis Stier not only won second prize at the 2019 ARD Competition, but was also awarded the coveted Audience Prize. Mathis Stier has a natural affinity with the music of the 18th century and the three works which he has chosen for his Alpha debut demonstrate its principal characteristics: Baroque, Empfindsamkeit / Sturm und Drang and Viennese Classicism. The composers J.S. Bach, Johann Wilhelm Hertel and W.A. Mozart represent three generations: father, son and grandson.

The conventions of each previous generation are questioned, musical boundaries are broken down and new paths are taken, until the generational revolt finds its way back to more conventional channels. This is how Mathis Stier describes the phenomenon: “Musically, the Mozart’s Bassoon Concerto represents the classical bassoon and is probably the best-known work in the original literature. Hertel’s Concerto, on the other hand, is unusual and fairly unknown even among bassoonists. It deserves to be more widely known, however, because it is an exceedingly remarkable and idiosyncratic piece. Finally, the Bach Concerto, while a very well-known work, is extremely rarely performed in this version and thus represents an addition to the repertoire. The adaptation for the bassoon is obvious, since the (reconstructed) original was probably composed for the similar-sounding oboe d’amore. Moreover, setting pieces in a different key was common practice for Bach.