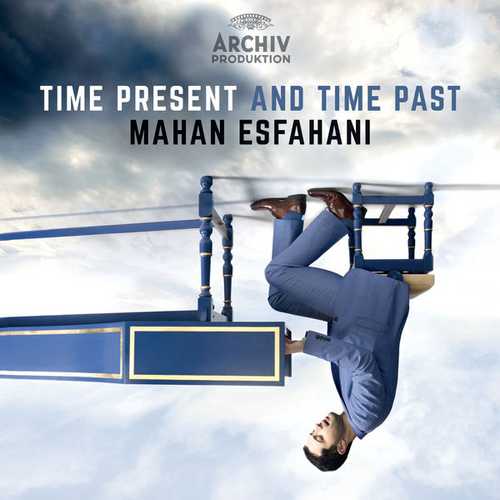 Mahan Esfahani’s new album“Time Present and Time Past” is an eclectic programme fusing Baroque with Minimalism – and the first harpsichord album DG has released in over 30 years!

Gramophone Award winner Mahan explores the relationship between two musical genres which are 300 years apart, yet emphasizing its similarities by playing all pieces on period instruments – which has never been done before with the Reich and Gorecki pieces.

Harpsichordist Mahan Esfahani has gained a reputation for original programming combined with a gripping technical intensity, and in this respect Time Present and Time Past does not disappoint. Esfahani takes up the common idea of drawing parallels between Baroque and minimalist styles, but he offers unusual material on each end and focuses the listener on individual compositional treatments rather than simply on motor rhythms and broadly sectional construction. On the Baroque end he offers three variation treatments of the old “La Follia” ground, by Alessandro Scarlatti, Carl Philipp Emanuel Bach (who manages to work some Sturm und Drang into the picture) and Francesco Geminiani, arranging the work of Vivaldi. The minimalist works fit convincingly with these, and the Harpsichord Concerto, Op. 40 (1980), of Henryk Górecki is a little-heard work whose heavy harpsichord rhythms have a monumental sound. For his own transcription of Steve Reich’s Piano Phase, Esfahani plays both piano parts via multitracking and achieves some nifty acoustic results. The use of a pair of powerful mid-18th century harpsichords adds to the overall effect, as does excellent sound, for which the revived Archiv branch of Deutsche Grammophon teams with Deutschlandfunk for a recording in its Cologne chamber music studio. The weak point here is the insertion of Baroque orchestral works (and no minimalist ones), which breaks the mood. The Bach Harpsichord Concerto in D minor, BWV 1052, adds nothing as a conclusion; even one of Bach’s keyboard suites (or a Handel ground bass piece, one of which is apparently available on a download version of this album) would have been more relevant. Nevertheless, there’s plenty to chew on here from one of the most daring figures in the modern harpsichord world.