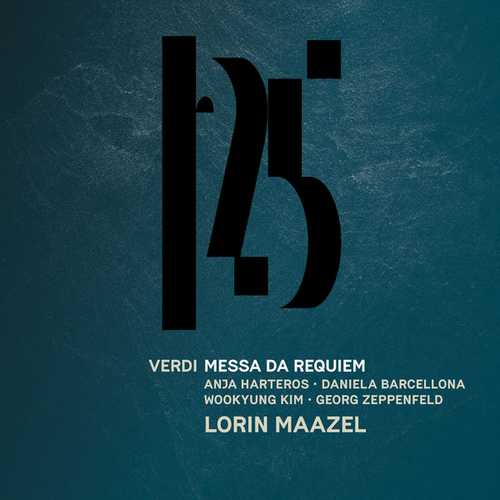 This recording is a product of Lorin Maazel’s brief tenure as chief conductor of the Munich Philharmonic Orchestra at the end of his life, and it may have been his last recording. Certainly a point in its favor is the willingness of an aging conductor to seek out new interpretive ideas in late life. Whether it entirely holds together may be a matter of taste, but it doesn’t sound like any other example among the vast catalog of Verdi Requiem recordings, and there’s much to like. Briefly, Maazel attempts to forge a reading that offers lows to match the work’s big highs like the mighty Dies Irae and its timpani strokes, which are given at full power and full speed. Does that gather power after the quiet, almost imperceptible opening of the work (which, to be fair, will give a good opportunity to show off an expensive audio setup)? Maybe, but Maazel’s tempi are often idiosyncratically slow, and it’s hard to detect a real arc in the work. Then again, the work of all four soloists, especially soprano Anja Harteros, is very strong, and they make an impressive effort to fill the large spaces Maazel lays out. The live recording from Gasteig Munich is also clear in a work that is notoriously difficult to capture in live performance. Perhaps it is a recording that will yield more information to repeated hearings.