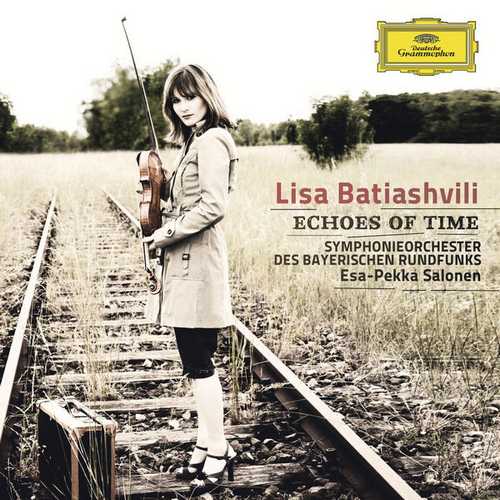 As a debut recording on Deutsche Grammophon, Lisa Batiashvili’s Echoes of Time works reasonably well because it demonstrates a seriousness of purpose that any rising violinist would wish to convey and provides a showcase for her virtuosity. Dmitry Shostakovich’s Violin Concerto No. 1 sets a keynote of gravitas and introduces us to the theme of the album, which is that the works presented here were influenced in one way or another by the culture and politics of the Soviet Union. Batiashvili, a native of Georgia, has an interest in the Soviet experience, and Shostakovich’s work is one of the musical landmarks of the Soviet era. In this performance with the Bavarian Radio Symphony, conducted by Esa-Pekka Salonen, Batiashvili expresses intense emotion and displays extraordinary skill, and the profoundly elegiac moods that her long lines etch in the first movement and the passacaglia are balanced by her glittering pyrotechnics in the scherzo and the finale. The Violin Concerto is followed by a short work, V & V by Giya Kancheli, a Georgian composer noted for his somber music, and the slightly sardonic “Lyrical Waltz” by Shostakovich, which closes out the orchestral part of the album. The rest of the disc offers two short chamber pieces, performed by Batiashvili and pianist Hélène Grimaud. The inclusion of Spiegel im Spiegel by Arvo Pärt, an Estonian, and the Vocalise by Sergey Rachmaninov, a Russian, continues the album’s eastern European orientation, though Rachmaninov was an emigré to the west after the 1917 Russian revolution, and his Vocalise, published in 1912, can hardly be considered a product of Soviet influence. With this oddity overlooked, this album is a respectable effort, and Batiashvili deserves credit for a fine performance of the concerto, though the rest of the album is less compelling.