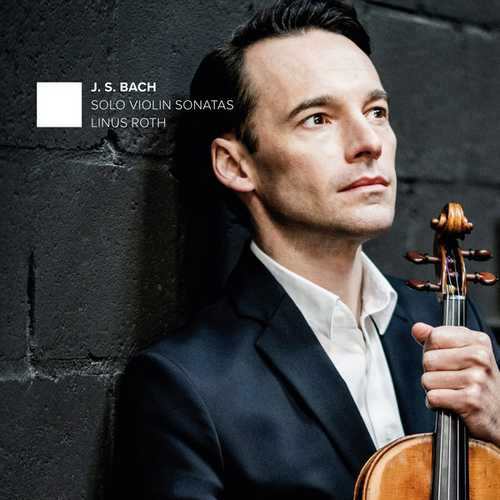 The cycle of six solo Sonatas and Partitas by J.S. Bach is arguably one of the most powerful and most important compositions in musical history. These works have been with Linus Roth since he was nine years old, when he first learned the Gigue from the E major Partita, moving on by the age of twelve to the first Fugue in G minor to tackling at fifteen the Ciaconna, which represents a cosmos in its own right. By seventeen, Roth had finally learned the entire oeuvre for the first time and since then he is fortunate to have been able to grow as a musician through the constant and welcome challenge of interpreting these remarkable works.

Bach completed the Six Solo Sonatas and Partitas in 1720 in Koethen when he was appointed conductor of the court there. It was the only office he held in which he was not exclusively committed to ‘musica sacra’. Nevertheless, the three solo Sonatas follow the form of the so- called ‘Sonata da Chiesa’ or Church Sonata. They each consist of four movements in the order slow-fast-slower-fast/er. The first movement is a free prelude in improvisational character, followed by a four-voiced Fugue. The third movement is song-like and the fourth resembles a brilliant Toccata.

Linus Roth, who received the ECHO KLASSIK Award in 2006 as ‘Best Newcomer’ for his debut CD on EMI, was honoured with his second ECHO award in 2017 for his recording of the violin concertos by Shostakovich and Tchaikovsky with the London Symphony Orchestra under Thomas Sanderling.