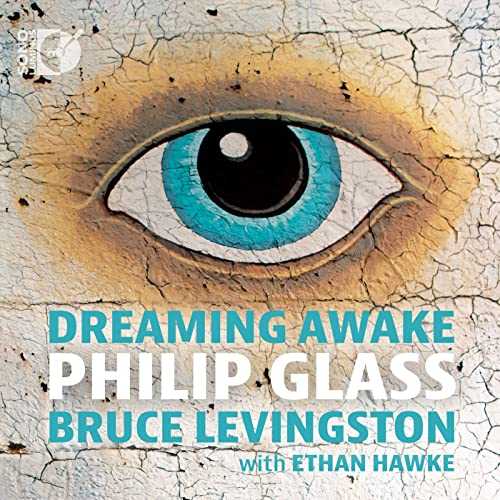 Pianist Bruce Levingston has had a long and celebrated association with Philip Glass and his music. In 2004, the composer wrote his musical tribute to the artist Chuck Close especially for Levingston who premiered the work at New York City’s Lincoln Center. The following year, Glass joined Levingston in the same venue for a series of piano duos in a concert that also featured Levingston’s longtime friend and Chelsea Hotel neighbour, actor Ethan Hawke. At that concert, Levingston and Hawke performed Glass’s Wichita Vortex Sutra that includes a narration of the Allen Ginsberg poem that inspired the work. Glass and Ginsberg had performed and recorded it themselves, but the composer enthusiastically blessed this performance by a new generation of artists. Glass, Hawke and Levingston then together performed the finale of Einstein on the Beach. Glass later invited Levingston to join him in premiering his complete Études at The Brooklyn Academy of Music in New York City in 2014.

Now this extraordinary group of artists is reunited in this Sono Luminus release of Bruce Levingston’s new album Dreaming Awake. Levingston, an acclaimed concert pianist and recording artist whose last album, Heavy Sleep (DSL92183), was named one the “Best Recordings of the Year” by The New York Times, pays tribute to Philip Glass with an exploration of his music that spans the length of the composer’s career. This release includes the world premiere recording of The Illusionist Suite, ten of the composer’s dramatic and deeply moving Études, as well as the richly coloured tone poems Dreaming Awake, Metamorphosis No.2, and Wichita Vortex Sutra featuring Ethan Hawke as guest artist performing the Allen Ginsberg poem with Bruce Levingston.

This new 2-disc album radiates with what The New York Times calls “Mr. Levingston’s mastery of nuance and color” and “his extraordinary gifts as a colorist and performer who can hold attention rapt with the softest playing” (MusicWeb International). It is a very intimate and personal tribute from one of the most sensitive, poetic pianists of our time to one of the most influential and important composers of our era.

Bruce Levingston is one of today’s leading figures in contemporary classical music. Many of the world’s most important composers have written works for him, and his Carnegie Hall and Lincoln Center world premiere performances have won notable critical acclaim. The New York Times has praised his “mastery of color and nuance” and The Wall Street Journal extolled performances “graced by Mr. Levingston’s sensitive playing.” The New Yorker has called him “a force for new music” and “a poetic pianist with a gift for inventive — and glamorous — programming.”

Levingston’s recordings have also received high critical praise. His album Heavy Sleep (DSL92183) was named one of the “Best Classical Recordings of 2015” by The New York Times which called the disc “exquisite”. England’s The Art’s Desk called the album “sublime” and Gramophone declared his playing in his album Nightbreak (DSL92144) “masterly”. The American Record Guide wrote, “Levingston is a pianist’s pianist … stunning and highly illuminating performances.”

Ethan Hawke is an acclaimed American actor, director, and novelist. He has appeared in such notable films as Dead Poets Society, Before Sunrise, Gattaca, Training Day, Before Sunset, Before Midnight, Boyhood and, most recently, as Chet Baker in Born to be Blue. He has also appeared in numerous Broadway and off-Broadway productions including The Seagull, Henry IV, The Coast of Utopia, Hamlet and Mikhail Bakunin. He directed the Award-winning film Seymour: An Introduction and Chelsea Walls.