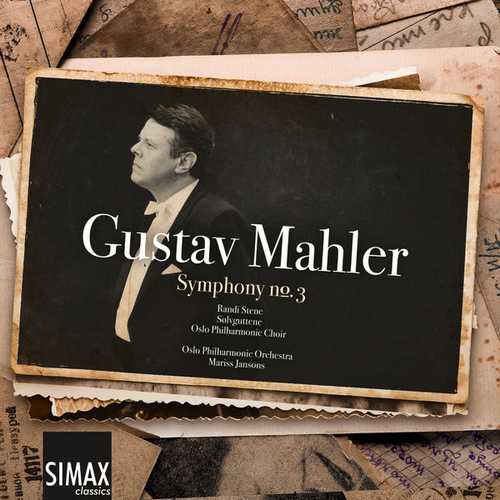 Mariss Jansons and the Oslo Philharmonic. This combination has a special meaning to music lovers all over the world. In the period 1979 – 2002, Jansons was Chief Conductor of the OPO. It was a period of unparalleled development in the history of the orchestra. Celebrating 100 years in 2019, the OPO is delighted to release this live recording of Mahler’s 3rd Symphony from August 2001. This was a concert with Jansons and the orchestra on top form, in repertoire close to their hearts. Jansons would later receive the coveted Toblacher Preis for the release of Mahler symphonies 1 and 9 together with the OPO.

This recording of Mahler 3, featuring Randi Stene, was the last recording made with OPO/Jansons during his period as Chief Conductor but was not released at the time. The OPO has saved this special recording for their centenary season. In the mid-1970s, on the threshold for what would prove to be a fantastic international career, Mariss Jansons discovered an ensemble of great potential with musicians willing to put in the time and work necessary. The orchestra on their part found a rising star eager to build a world class orchestra. What Mariss and the OPO accomplished together is no less than astonishing.

The intensity of the Oslo playing is such that you wish you had been in the hall to experience it live, but the recording faithfully reproduces its energy, vibrant colour and lyrical breadth.

Performances that never once fail to uphold the highest international standards of playing, and they are really superbly recorded.

With these two … live concert recordings, Mariss Jansons, Musical Director of the Oslo Philharmonic Orchestra from 1979 to 2002 leaves behind a worthy document of his work in building up the orchestra artistically and his initiative in performing Gustav Mahler with Norway’s leading orchestra. Seldom has the “Titan” Symphony been heard in such an unpretentious, refreshingly straight-forward and at the same time atmospherically sensitive reading as in this live performance, which is also at the highest standard of playing technique. …. Noble orchestral culture at the highest level.

”Conductor and orchestra were at one with the music, as you can hear in this sizzling performance from that year: the recording captures the verve of their marriage. There’s a lithe energy and carefree sweep to the playing that is infectious