In the Light of Air. ICE Performs Anna Þorvaldsdóttir (24/192 FLAC) 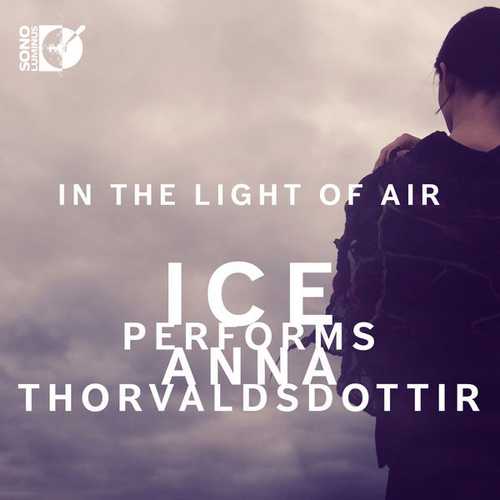 In the Light of Air. ICE Performs Anna Þorvaldsdóttir (24/192 FLAC)

In the Light of Air is a tetralogy of works by Icelandic composer Anna Thorvaldsdottír that together form a unified structure, written for viola, cello, harp, piano, percussion & electronics.

The four main movements are titled Luminance, Serenity, Existence and Remembrance, and are connected by transitions to form a seamless flow throughout the work. The work also has a Prologue and an Epilogue. The work streams from one movement to the next through a flowing texture of sound materials and harmonies. The music material is constructed with a focus on subtle nuances and poetic textures that form lyrical gestures throughout the work. Melodies are generated just as much by sounds, gestures and nuances as by pitched lyrical material.

For the work, Anna designed an installation of metallic ornaments that are used in a solo in the percussion part in Remembrance. The ornaments, called Klakabönd in Icelandic (which translates as ‘a bind of ice’), are created by Svana Jósepsdóttir. Parts of Remembrance insisted on echoing the melody of a song that Anna’s husband – Hrafn – wrote and dedicated to her in 2000.

In the Light of Air was written for the International Contemporary Ensemble (ICE) in 2013/2014 as part of their ICElab.

Transitions, the final piece on the disc, was written for Michael Nicolas in 2014. The theme of the work is ‘man & machine’, and is represented in that the cellist becomes both in the piece – man & machine. Man indicates expression and emotion, and machine indicates maximal technical accuracy, a somewhat stricter approach to the music. These two approaches transition from one to another throughout the work.