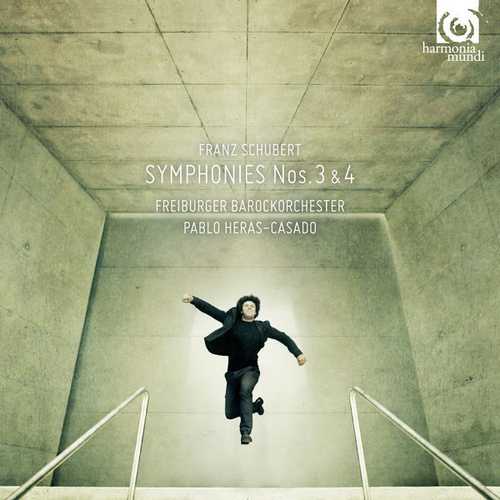 In his first recording for harmonia mundi Pablo Heras-Casado gives us two of Schubert’s six symphonies performed with Freiburger Barockorchester. The carefree Third of 1815 ends with a Rossinian tarantella whilst the darker Fourth (1816) looks more towards Beethoven. The subtitle ‘Tragic’ came from the 19-year-old composer himself but perhaps the real tragedy is that this symphony, like all his others, was never played in public in his lifetime.

In 2013/14 Heras-Casado debuts with the New York Philharmonic, Philadelphia Orchestra, London Symphony Orchestra, Philharmonia Orchestra and Gewandhaus Orchester Leipzig – as well as at the Metropolitan Opera, where he conducts Verdi’s ‘Rigoletto’. He will also tour with Freiburger Barockorchester and guest-conduct a series of concert and opera performances at the Mariinsky Theatre.