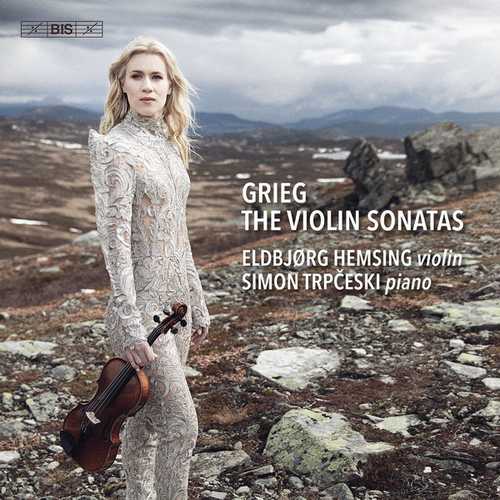 Generally ruthless towards his own works, Edvard Grieg admitted feeling a certain pride for his three Sonatas for Violin and Piano. He summed them up concisely in a letter: “the first is naive and rich in references, the second of national inspiration, and the third opens new horizons.”
Like their contemporaries by Brahms, Grieg’s Sonatas mark an important addition to the romantic violin repertoire. A breath of fresh air for the duet, the Sonata in F Major, Op. 8 was first performed in Leipzig in 1865 with great success. The atmosphere changed with the Sonata in G Major, Op. 13 in which there rose the “patriotic” wind that was beginning to sweep all the countries of Europe in the era of nation-building. Composed twenty years later, the Sonata in c minor, op. 45 is the last (completed) work of chamber music by the Norwegian composer. First performed in Leipzig with its author at the piano, it received an enthusiastic reception.
Grieg greatly enjoyed the dynamic playing style of Czech violinist Wilma Norman-Neruda, with whom he played his Third Sonata several times. He described its dynamism as “feminine”, adding “that it certainly could not be compared to the great male energy”: Grieg didn’t escape the prejudices of his time. We can bet that the power and the “manly” playing of violinist Eldbjørg Hemsing, beautifully supported by her partner Simon Trpčeski, would probably have changed his mind.