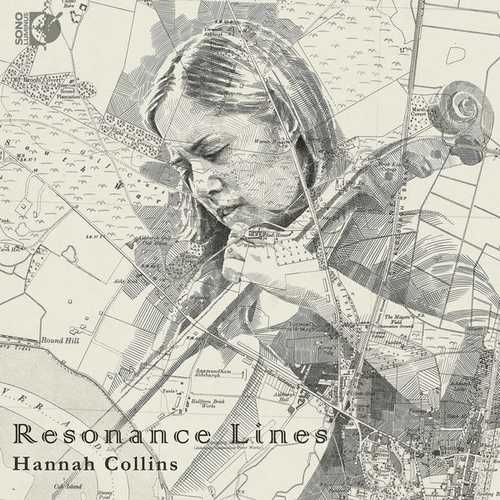 20. Kotcheff: Cadenza (With or Without Haydn)

“Resonance Lines”, a term borrowed loosely from physics, refers to the energy emitted or absorbed by an atom as it transitions between different energy states. This is a unique and innate quality for each type of atom that can only be measured and observed under the right enabling circumstances. An ideal artistic collaboration feels like the discovery and realization of deeply held potential for shared creativity – a sympathetic resonance or surge of energy in the colloquial sense – that is revealed when the right conditions are in place. It may feel lucky or it may feel destined, and in special cases, the “resonating” artists are able to nurture and develop their complementary qualities with lasting effect. This album is a collection of music grown of such pairings, collaborations between composers and cellists joined by shared experiences that lead to creative sparks, unique musical gestures, and new sound worlds.

The seeds that developed into this project were planted in 2008 at the Creative Dialogue Workshop in Santa Fe, New Mexico, where I spent a week working closely with cellist Anssi Karttunen and composer Kaija Saariaho. This was my first experience learning and performing Saariaho’s Sept Papillons. I was astonished to hear these vividly compelling yet unfamiliar sounds emerge from an instrument I had been playing for decades, and exhilarated by the new ways of listening and openness to the unexpected that the piece invites. The truly mind-altering aspect of the workshop was observing the close collaborative relationship between Karttunen and Saariaho—a decades-long partnership and friendship built upon solving creative challenges together, designing new experiences (including the workshop itself), and advocating for each other’s work and the work of their friends and colleagues. Working with each of them unlocked different layers of meaning and insight into the processes of creating and sharing the piece. The experience introduced me to a new paradigm for how to be a collaborator and for how a performer’s involvement with the creation of a piece can positively influence the outcome, leading to repertoire that reflects both the composer and performer’s creative voices.

A web of interrelated experiences spun out from this origin point. A year later, I found myself at the Britten-Pears Contemporary Workshop in Aldeburgh, England, discussing Saariaho’s music with Karttunen again, but this time in the very spot where Benjamin Britten and Mstislav Rostropovich worked together to bring several of Britten’s works for cello to life, including the Suite for Cello, Op. 72 (the wonderful cover art by UK artist Ed Fairburn references this moment). It was around this time that I began working on my own commissioning projects, one of the first of which was in manus tuas by Caroline Shaw, and set out on a new course focused on pursuing further collaborative experiences in this vein. In the decade since, this approach has led to becoming an active performer and advocate for Saariaho and Karttunen’s projects; forming my duo New Morse Code with percussionist Michael Compitello on the founding principle of creating new repertoire through long-term collaboration; and developing projects to facilitate this type of work for others including the Avaloch Farm New Music Initiative, which is where I first met the indefatigable pianist and composer Thomas Kotcheff.

The works on the album share an ethos of nostalgia for the ephemeral. Each piece makes distinct references to music from the past, and in doing so, sheds light on the unique personalities of the creative collaborators and how they used their voices to shape elements from their collective musical histories into new, personally relevant forms. That the repertoire on this album also highlights the voices of female, LGBTQ+, and multiracial composers reflects an intersection of identities which resonates with my own experience as a musician, artist, and person.

Kaija Saariaho’s Dreaming Chaconne is a variation on one of the earliest known works for the cello, Giuseppe Colombi’s Chiacona from 1670. It is one of a set of variations individually written by over 30 different composers that were compiled together as a fiftieth birthday present for Anssi Karttunen. Caroline Shaw’s in manus tuas is based on a 16th century motet by Thomas Tallis and is intended to capture the sensation of a single moment of hearing the motet in the particular and remarkable space of Christ Church in New Haven, Connecticut. In the Suite for Solo Cello, Op. 72, Benjamin Britten looks to J.S. Bach as a model, building a dance suite that reaches even further into the past with forms such as the Bordone and March while also incorporating Rostropovich-inspired humor and virtuosity. Thomas Kotcheff’s Cadenza (with or without Haydn), written in the summer of 2020, is an action-packed sixteen-minute cadenza for the Haydn Cello Concerto in C major, Hob.VIIb:1, which can be performed independently of the concerto. It was inspired in part by Frederic Rzewski’s 2003 solo piano work Cadenza (con o senza Beethoven), an extended cadenza based on Beethoven’s Piano Concerto No. 4. Britten once wrote cadenzas for Mstislav Rostropovich to play in this same Haydn concerto (the results can be heard in a 1964 recording with Britten conducting the English Chamber Orchestra on an album which also includes Britten’s Cello Symphony, Op. 68). Kotcheff’s work contains musical nods to the other works on this album and ties everything together in an energetic and surprise-filled adventure.