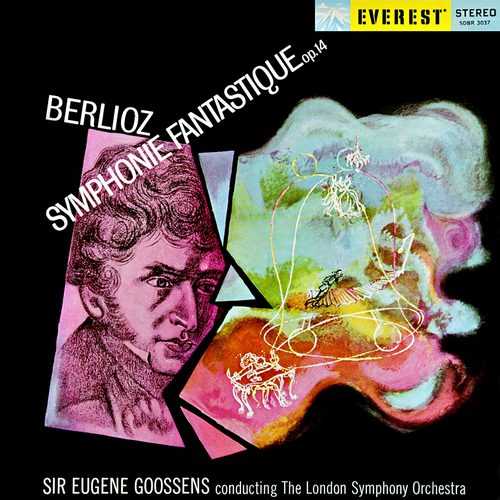 Hector Berlioz fell in love with an Irish actress, Harriet Smithson, after attending a performance of Shakespeare’s Hamlet on September 11, 1827, in which played Ophelia. He sent her numerous love letters, all of which went unanswered. When she left Paris they had still not met. He then wrote the symphony as a way to express his unrequited love. It premiered in Paris on December 5, 1830, and Harriet was not present. She eventually heard the work in 1832 and realized that she was the genesis. The two finally met and were married on October 3, 1833. The symphony is a piece of program music which tells the story of “an artist gifted with a lively imagination” who has “poisoned himself with opium” in the “depths of despair” because of “hopeless love.” There are five movements, which was unconventional for a symphony at the time: Rêveries – Passions (Dreams – Passions), Un Bal (A Ball), Scène aux Champs (Scene at the Country), Marche au Supplice (March to the Sca old), and Songe d’une nuit de Sabbat (Dream of a Witches’ Sabbath). The Belgian conductor André Vandenoot received training at the Royal Conservatory of Music in Brussels and at the Vienna Academy of Music. In 1951, he was a laureate in the Beasançon conducting competition. From 1954 onwards, André Vandenoot appeared regularly as a conductor with the Orchestre National de Belgique in Brussels. In 1958 he was named to the post of instructor of the Royal Flemish Opera in Antwerp. He was music director of the Théâtre Royal de la Monnaie in Brussels from 1959 to 1973. In 1974-1975, he was music director of the Orchestre National de Belgique. From 1976 to 1983, he held the title of first guest conductor of the Antwerp Philharmonic. He also was music director of the Noordhollands Philharmonic in Haarlem from 1978 to 1979. From 1979 to 1989, he was also chief conductor of the Orchestre Symphonique de la RTBF in Brussels.