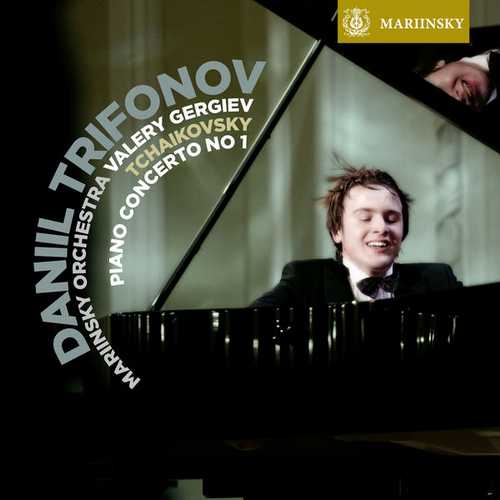 Daniil Trifonov, winner of the XIVth International Tchaikovsky Competition, is probably the world’s most exciting young pianist. On his first Mariinsky recording he joins Valery Gergiev for a scintillating performance of Tchaikovsky’s Piano Concerto No 1. Daniil also presents a selection of recital repertoire including music by Tchaikovsky, Chopin and Liszt transcriptions of Schubert and Schumann.

Written for Nikolai Rubinstein, Tchaikovsky’s First Piano Concerto is one of his most popular works. Revised three times, including an arrangement for two pianos, the concerto was finally set in stone in 1888 and it is this version that is most frequently performed today. Tchaikovsky balances core motivic elements with a sense of lyrical spontaneity to create a technically challenging but instantly appealing work.

In 2011, Trifonov gave his debut with the London Symphony Orchestra and has since performed with the Vienna Philharmonic and the Mariinsky Orchestra, as well as touring throughout the USA, Europe and the Far East. In the coming season he will make debuts with the New York Philharmonic, Boston Symphony and Chicago Symphony orchestras, as well as performing recitals at Salle Pleyel, Carnegie Hall, Suntory Hall and Wigmore Hall.