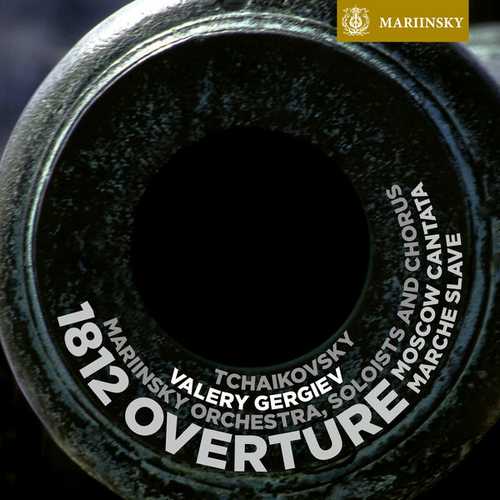 Following acclaimed recordings of Shostakovich, the third release on the Mariinsky Theatre’s new label features a selection of popular and rarely-heard works by Tchaikovsky.

Unlike the majority of his Russian predecessors, Tchaikovsky’s fame meant he received regular commissions for new work – he was the first ‘professional’ Russian composer. A new generation followed in his footsteps including Stravinsky and Prokofiev; for them, commissions were the norm.

Many of the works for which Tchaikovsky was commissioned were required to celebrate great state and political events. The Danish Overture was written to mark the marriage of the future Tsar Alexander III to the Danish Princess Dagmar. He was later commissioned to to produce the Moscow Cantata and Coronation March as part of the celebrations to mark Alexander’s coronation.

The patriotic Marche Slave was written for a charitable concert staged to raise funds for Russian volunteers in the Serbo-Turkish War. Although the 1812 Overture depicts Russia’s earlier war with Napoleonic France, the piece was actually commissioned for the opening of the Christ The Saviour Cathedral in Moscow. The cathedral itself was built to celebrate the 70th anniversary of Russia’s victory in the 1812 campaign of the wars.