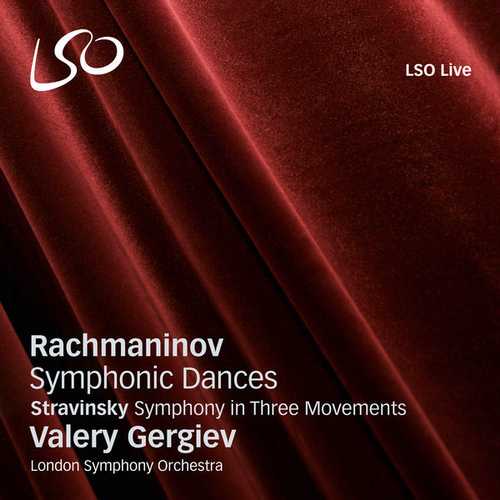 An orchestral suite in three sections, the ‘Symphonic Dances’ were the last works Rachmaninov completed and proved to be some of his most popular. Although rarely sentimental, they draw on folk idioms and the composer’s reminiscences of Russia, from where he emigrated in 1917.

Stravinsky’s ‘Symphony in Three Movements’ was written between 1942-45 and was the first work Stravinsky completed after his arrival in the USA. Although he claimed it was a ‘War Symphony’, his true inspiration was typically vague.

Following an extensive tour of the Far East with the LSO in February and March, Valery Gergiev conducts concerts throughout Europe in with the Mariinsky Orchestra, including performances in the UK.