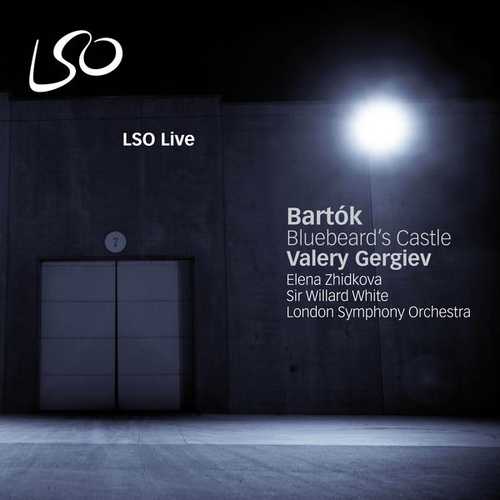 Valery Gergiev is joined by two outstanding singers for his latest LSO Live release featuring Bartók’s one-act opera. Despite being one of the greatest ever interpreters of the role of Bluebeard on stage, this is Sir Willard White’s first complete recording of Bluebeard’s Castle. His Judith is the outstanding young Russian-born, Berlin-based mezzo Elena Zhidkova. Sir Willard performs extensively around the world during 2009 including appearances at The Metropolitan Opera in New York and La Scala in Milan. Elena Zhidkova will appear with the LSO and Gergiev at the BBC Proms and make her debut at the Mariinsky Theatre. She also performs in Palermo, Dresden, Leipzig, Amsterdam, Prague and Tokyo as well as returning to La Scala. Bartók’s only opera is a dark and intense work, involving only two characters. Bluebeard’s young bride persuades him to open seven doors in his castle in order to let light into the grim interior. Behind each she finds increasingly disturbing sights, until behind the final door she discovers Bluebeard’s former wives and learns her fate.