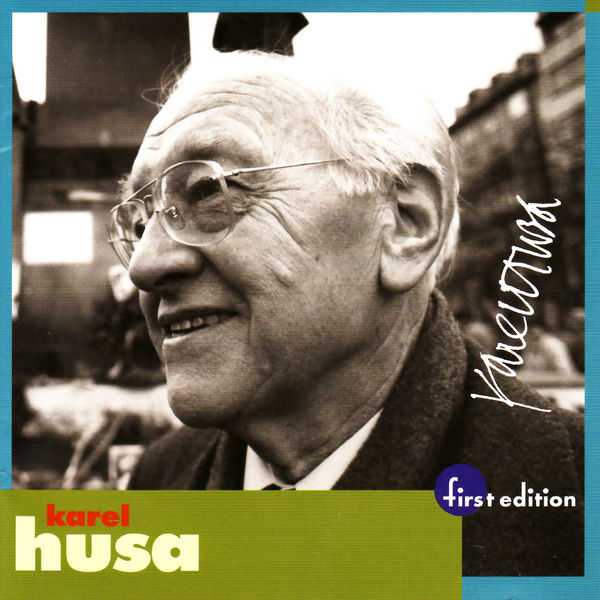 First Edition must be commended for giving renewed exposure to many important modern works, long absent from the catalog. However, this 2004 reissue of Karel Husa’s Sonnets (2) from Michelangelo and Trojan Women may disappoint all but his most fervent advocates. Despite several passages of high excitement and intense orchestral color, Husa’s dark tone and severe musical language may daunt even the most sympathetic listener, and many may find Husa’s underlying programs hard to follow. His interpretations of Michelangelo’s sonnets are highly personal and abstruse, and one must strain to find connections beyond the mere suggestion of the poems’ moods. Because it is a ballet with a tragic scenario, Trojan Women is rhythmically active and extremely dramatic, and Husa provides powerful scenes with especially effective writing for percussion and winds. Yet the complicated story line is difficult to grasp, even with Husa’s synopsis in hand, and the music plainly depends on the stage action for its maximum impact. The Sonnets (2) from Michelangelo and Trojan Women are brilliantly performed by the Louisville Orchestra under the direction of Robert Whitney and Akira Endo, respectively. Recorded in 1972 and 1981, the analog recordings are sufficiently cleaned of tape hiss, and the sound is clear and surprisingly resonant.