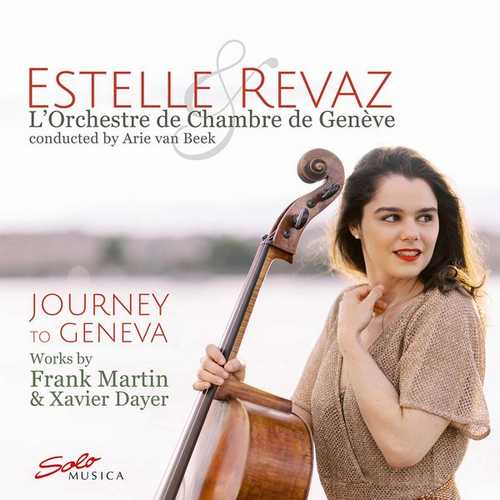 The Geneva Chamber Orchestra (formerly the Collegium Academicum founded by Robert Dunand in 1958) and its conductor Arie Van Beek invite us on an armchair journey into the heart of the traditions of the free city of Geneva (before it was ceded to Switzerland in 1815 at the end of the Napoleonic conquests), which was home to Calvin and his friends the Reformers, before becoming a city of art and peace, which to this day remains wide open to the world.

Dedicated to two Genevan composers, Frank Martin (1890-1974) and Xavier Dayer (born 1972), the project of this beautiful album has suffered the full force of the vicissitudes of the strange year 2020 and the health crisis that has destroyed cultural life throughout the planet. Xavier Dayer and cellist Estelle Revaz worked via audio messages and computer files before meeting at the Ernest Ansermet studio in Geneva to make this recording, duly masked like almost all musicians, with the exception of wind instrumentalists.

Lignes d’Est by Xavier Dayer is actually a cello concerto written for the OCG and the soloist on this album. According to the composer “the work is animated by the idea that each of the instrumental parts retains its own autonomy, its own story, while inscribing itself in an inexorable direction, like lines of flight in a vast landscape”. Frank Martin wrote his Cello Concerto in 1965-1966 for Pierre Fournier, who first performed it under the direction of Paul Sacher. Curiously ignored by cellists, it is a very lyrical work in a rather classical scheme which uses an orchestra which, while reduced in size, is rich in timbres and various sounds. Much earlier, the Ballade for Cello and Small Orchestra is part of a group of similar works composed by Frank Martin to showcase various solo instruments.