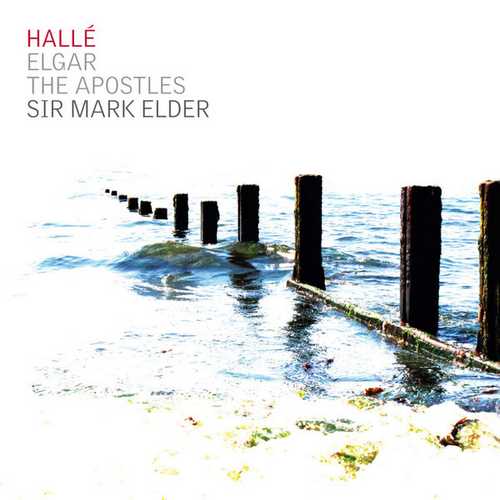 This new release presents the oratorio planned to open the trilogy, the lesser known and hitherto rather under-served work The Apostles , in a performance which the Guardian described as being ‘revelatory’. This retelling of Christ’s Passion from the viewpoint of His followers features extensive and effective use of and choral writing which is arguably an advance on that of Gerontius with the work’s closing section – depicting Christ’s Ascension to heaven – thought to be one of the most poignant ever written.

The performance benefits from extensive research by Mark Elder, including study of a proof copy of the vocal score which he matched with what Elgar himself conducted in 1921, reinstating the semichorus of nine male voices, sung here by an ensemble Elder specially selected from the Royal Northern College of Music.

The recording is probably the first since Elgar conducted The Apostles in Hereford on 7 September 1921, at the Three Choirs Festival, to incorporate Elgar’s intentions at several points in the oratorio Elgar included a part for a shofar, an ancient Hebrew instrument made of ram’s horn. In most performances this is imitated by modern instruments, but for this recording Sir Mark Elder features a genuine shofar player.